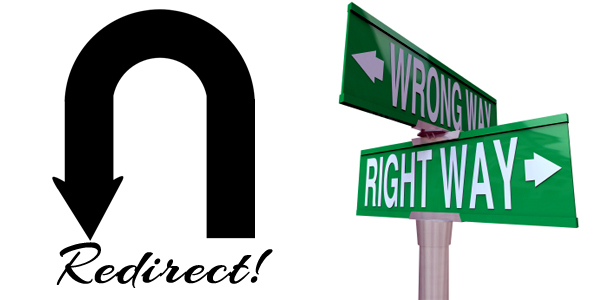 In my own spiritual practice, CUSP, the time between Imbolc and Spring Equinox is critical to our harvest process and the manifestation of positive life change for the coming year. This is especially true of the final few days before Ostara when we officially plant our goals. At Imbolc, we submit our list of desired outcomes for the harvest season and we spend the next six weeks tuned into the Universe to receive confirmations that what we intend to plant is for our greatest good and redirects that tells us, “No, do not plant this…plant this instead.” Redirects may come because what we intend is not in our best interest or perhaps what we plan is already on the verge of manifesting for us and the magical energy we would use for that purpose could go elsewhere.

Confirmations and redirects come up right up until the actual planting occurs. Our group does a physical planting at Ostara with a bean seed and once that bean goes into the potting soil, we are committed to that goal. The formal planting also heralds the onset of the active time of the year when we begin caring for and cultivating our crops/goals for the next several months. Harvest begins with Lughnasadh on August 1 and culminates October 31 at Samhain. Until November 1, energy goes toward the magical and mundane support of the goals we planned, had endorsed by Deity, and planted.

One year, I found out that confirmations and redirects can even occur after the planting, especially if you listen to your own ego and wants instead of prompts from The Universe. That Ostara, I planted three goals for the year and honestly, that was around thirteen years or so ago and I can’t even remember what they were. When my group plants, we go through a meditation process through which we instill our goals into the beans (one per bean) before we plant them.

After planting this particular year, Eric and I set our sacred little beans up on a high shelf where they would receive sunlight. We watered them as needed and gave them plenty of love and encouragement. They grew into sweet little bean plants, fragile and new.

In mid-April, our plant babies were around six or seven inches above ground, and I came in to find our two-year-old son eating our bean plants. He sat in a playground of potting soil strewn all over the carpet, happily munching away on the leaves of our precious magical beans.

As you can tell from the date, we were well past the time of confirmation and redirect, past the actual planting stage even, almost to the fertilization of Beltane. The beans were a lost cause. We were maybe three years into working with the CUSP process at that point and still had so much to learn about it. Now, I would take such an event in stride and think, “Hmm…interesting…must be a delayed redirect. Something in life has shifted so that what was appropriate to manifest a month ago is no longer what should happen.”

At that time, however, however, I sat down in the middle of the dirt and cried, holding the few little stems and a leaf or three that were not in my toddler’s belly. I tried with shaking hands to scoop dirt back into the peat pot while Nathan sat on the couch and looked self-satisfied (and full). As we write this, I remember how frayed (and a-fraid) I was at that time in my life. I had a nine-year-old, a four-year-old and a two-year-old, plus three adult children already out there in the world. I felt so old and tired. Our financial life was a disaster. I was at the end of my rope and my emotions were brittle and fragile. It felt like all of my hopes and dreams for the future died with those broken bean plants.

I tossed the whole thing in the trash and took some time to think on it. Later that night, I meditated about the plants and realized that I needed to rethink my goals for the year and redefine what and who I wanted to be at harvest time.

I’d had a spiritual miscarriage.

Harvest is, above all, a process and sometimes, you have to back up and start all over again. This timing and any affect on the outcome of the harvest will only be positive provided you dutifully tune into what the Universe is telling you during your time of confirmations and redirects, and after. Do not question or filter. Just follow through.

In my own situation of looking at our poor, destroyed little beans, I took a breath and went back in my mind to the time of the spark, to Yule. I retooled my goals a bit, coming up with a new list that while similar, was more in keeping with the direction my life seemed to be heading of its own accord. I replanted the beans, moved them to the kitchen windowsill, and they grew faster than any beans I have ever seen. Quickly, they caught up to the previous level of growth that the other plants, even though I planted them weeks later. I felt back on task again and sure enough, by the end of the harvest season, My goals manifested beautifully and worked out far better than had the original goals come to fruition.

This experience taught me that we must always remain open to the messages we receive from the Universe and that we must not to take everything so personally. Universal guidance is on the wind, under our feet, falling with the raindrops, and dancing in the flame. When we truly delve into the process of every day, every action, and every moment existing as a sacred experience, our ability to open to magic and the Universal Processes grows exponentially. If we do not listen the first time, or the second, or the fifth, The Universe grows more insistent and if we are lucky, very direct about how we can work toward our own best interest and finest outcome. 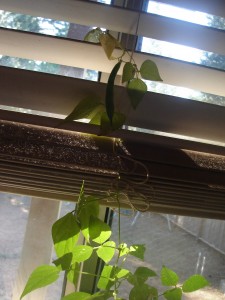