I hate that game.  A lot of other people must as well because it isn’t nearly as popular as it was 40 years or so ago.  You know the drill.  You’re standing around, minding your own business, when some jackass walks up behind you and covers your eyes and says, “Guess who?”  You’re left with a voice that is likely disguised that you have to put through a mental roll-a-dex (google it) of how many people would have the nerve to do such a thing, plus the added bonuses of the smell of their hands and a rapidly deteriorating font of patience.

Each year around this time, I get to revisit all of my greatest weaknesses and decide which one(s) I will tackle for the coming year.  It’s sort of like when the kings used to have one day when they would hear the petitions of their subjects and render their judgments.  All of my inadequacies get gussied up and prepare their convincing arguments for why they should be the focus of the year for attention and repair.  It’s exhausting on a lot of levels.

I knew early in the year that this time when I did my planting on Spring Equinox, I would be working on my weight.  This is an issue that has plagued me to a serious degree since the early 1990s, but was in my head as a problem since I was around 10.  It was one of those things were I was a healthy size and looked great, but always felt I was fat.  There were a lot of reasons why I felt that way, mostly irrelevant now.  The primary reason was that I had extremely low self-esteem and I substituted someone else’s opinion over my own and trusted that they were right.  (They weren’t)  Now I am the real deal of obese instead of just having the mental image that I am and I have to deal with the roll out of that.  This is my year to genuinely tackle the problem rather than just talking about it and making reasonable excuses.  I have put in some preliminary efforts because what do you do before you plant if not line up the seeds and tools you will use when the time comes?  Early efforts are encouraging, so hard core manifestation begins in 10 days.

One of the most encouraging experiences I had in this respect was that when I was at the gym on Wednesday, I was able to run on the treadmill.  I have not actually run in over 20 years.  I normally just walk fast.  Mind you, even when I was an avid runner, I did not move very fast.  Mostly it was fast walking with a different form that was closer to running.  It got the job done, however, and was enough like running to be called running.  I was doing my usual fast walk on the tread at only 3 mph.  About a half mile in, I wondered what would happen if I started running like I used to.  I have not even attempted such a thing since I stopped running well before Delena was born and I would put that at around 1989 or so.  I changed my form (but not my speed) so that I was actually running and thought I’d put in a quarter mile or so if I could.  A quarter mile came and went and I was feeling OK, so I kept going.  I ended up doing almost 2 miles of running, then a cool down.  The sweat was pouring let me tell you!  I’d been listening to an audio book while I was on the treadmill and the time just ticked away.  Eric came in a few minutes before my run ended.  I didn’t actually end the run and probably could have gone on a little longer.  Unfortunately, in my blur of success endorphins, I decided I was curious about how many calories I’d burned.  I pushed a button on the screen that looked exactly like my menu button on my computer browser.  The belt immediately sped up to a ridiculous speed and I went flying off the back of the treadmill.  What is confusing is that there are clearly buttons on the screen that are intended to increase the speed, both incrementally with up and down arrows and instantly with numbered buttons for mph settings.  Why this suddenly went nuts, I have no idea.  I sustained a good friction burn and a bruise on my forearm, but was otherwise unhurt.  I was, however, done with exercising for the day.  As I left, I was congratulated by the other people working out in the area on how gracefully I fell.  At least I score points for something.

A friend of mine is a personal style consultant and I bartered with her for the full package.  She did a makeover for me and showed me what products to buy.  This week, we are going shopping for pants and bras.  I am  happy with the results, although the makeup is more than what I am comfortable wearing, so I suspect I will adapt it down a bit, taking most of the advice and putting it into practice and just backing off on the amount of product used.  Here are a couple of photos from the photo shoot: 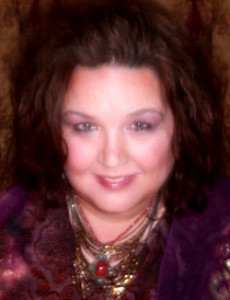 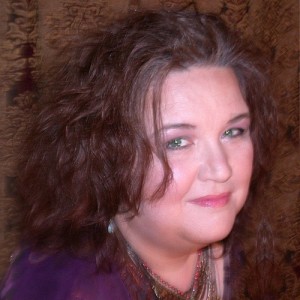 The advice on hair, eye makeup, and wardrobe is info I will use for ages.

The makeover goes along with the other issue I plan to plant on the Equinox, which is about embracing my own power and accepting who I am to the fullest.  I love my inner power and have courted it for several years now, but there has always been a point where I pull back and let insecurities take over.  This is the year that I maintain a healthy self-awareness, but also push away a lot of the insecurities that cause me to doubt myself.  This year, I will work to accept and celebrate my own power and who I truly am at my core being.  The reason I brought the Peek-a-Boo theme on board is that I’ve been playing this bizarre game of hide and seek with myself, my dignity, and my strength for a whole lot of years.  It is definitely time for that to stop.

With one book written this year, I still have three more to follow if all goes well.  School is proceeding comfortably and I just finished up one half-semester class, so now I only have 3 to juggle each week.  One, the math class, is the one that threatens my precious 4.0 GPA.  I still have 8 weeks to drag the grade up from a B to an A and I am trusting that I can do that.  The other two classes, History of Rock and Roll and Intermediate Web Design are not ones that I worry about too much.  I don’t take classes in the summer and I have really started to question whether or not I will in the Fall.  I will know a lot more when that time rolls around.  Meanwhile, I am sensing some changes afoot that might influence that decision.

The weekend was very challenging for a lot of reasons, so today, I am in recovery mode.  There is a good bit of housecleaning to do and I keep looking at it and wondering how I can get out of it.  I have school work to do, but my heart just isn’t in it right now.  What I want more than anything is to just climb back into the blankets and go into the darkness for a while to rejuvenate.  Circumstances of releasing and letting go with love and stepping aside from my own feelings to hear and understand another person have been the prevailing theme.  Doing what’s right and what’s for the greatest good over any fears or insecurities is in there too.  I know the key is to let the situations wash over me and not let them define me.  There are situations where I am the only one to make the choices and do what’s necessary and I have to trust that Goddess believes in me sufficiently to task me to do it.  I am not totally certain Her estimation of my abilities isn’t overrated, but who I am to argue when push comes to shove?  It just makes me sound impudent and infantile if I do protest that what I have to do is over my head and beyond my capabilities.  It is that sort of weakness that has created a lot of the circumstances I now have to fix anyway.  Less whining/More action.

It’s such a pity I don’t drink.