I Meant To Do That

As anyone who reads my blog knows, it has been a terrible year for me and for a lot of other people. I like to believe that the global perspective is such that people are being prepped for exciting changes, the wheat being stripped from the chafe, the sword forged in the fire, the phoenix that will rise from the ashes, etc. The alternative is grim, meaning that it’s all for nothing and life just sucks or worse, that it is a very personal prosecution.

None of that feels right and I’m just not buying it. These philosophical debates that wage not only between separate people, but within ourselves can take up a huge amount of time if we let them. The trick is to decide what feels most right and move forward with the action part of our lives rather than becoming transfixed by the overwhelming need to apply meaning and reason to our misfortune and pain.

As Dr. Phil McGraw said in his wonderful book Life Strategies, written before he became overwhelmed with and seduced by commercialism, Life Rewards Action. Sometimes, life rewards contemplation and analysis, but rarely for any length of time. Pro-active change is what generally works best.

Objective self-awareness is likely the best form of contemplation to render results, but seeing ourselves in an objective light is one of the hardest things for humans to do. We invariably are too harsh or too gentle in our analysis. I am not given to self-loathing as a rule, but I am also not good at giving myself credit as it is deserved either. I am, however, fantastic at avoidance.

Since July 2013, I wrote a lot of books. Twenty-seven to be exact and I am working now on number twenty-eight. I set up video classes, which is a much bigger pain in the ass than anyone ever knows until they do it. I submitted proposals to teach classes at one of the foremost Pagan conventions in the United States and they were accepted and put on the schedule. I conducted workshops at the two most prominent Sacramento area Pagan festivals. I am on the committee that is in the process of creating a fantastic festival to take place next Summer Solstice weekend.I ran and walked mile after mile in the deepest woods of our town. I went on a thirty day purge and eliminated foods from my diet that caused any chance of inflammation and ill health. I began the final phase of my menopause process that started thirteen years ago.

With all of that going on, I accomplished very little inside. I hid inside doing all those things and did not deal with some real issues that were plaguing me until life forced me to confront those problems head on in terms that left me with no choice to do otherwise. I even had a little Witch figure come to me representing Crone SCREAMING at me to pay attention: 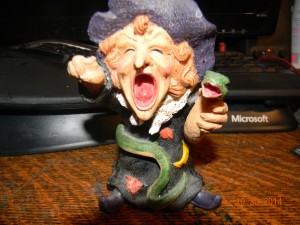 I found her in a thrift store and was both smitten and compelled by her, but I could not hear her message until recently. I have very wise and insightful Priestess friends who all had gentle, and sometimes harsh, words for me to hear and integrate into the messages I needed to process. Regardless of how they told me, they each spoke to me with tremendous love and respect and I could not have a more sacred and generous pit crew of Spirit Sisters. That is a luxury I never thought I would enjoy and yet they are a strong and vital force in my life.

Truly, of all of the emotional hardships of the year, last week was the toughest. It seemed as though everything came to a head and demanded a decision and an action, even if that action was surrender and acceptance. Surrender is hard for me because I always feel there is something else I can say or do to make a situation better if it seems to be failing.

Too often, we ask for guidance and open ourselves fully to the message of wisdom sent to us by the Universe, but expect them to fall within a specific parameter of acceptable demands, established, of course, by our own ultimate desires. If what the Universe tells us does not fall within that range, we can be great at ignoring it. Sort of like Steve Martin’s character in the wonderful movie “The Man With Two Brains.” He asks the portrait of his beloved late wife for guidance in his new relationship.

I can put the Goddess in the closet like nobody’s business once She starts demanding that I do things I really do not want to do.

So this past week was what my mother would call a “Come to Jesus” meeting where I had to confront the things in life I really do not want to do but really must do. I suppose there is no virtue in feeling sorry for Deities, but I have to admit, this was likely akin to nailing jello to a wall for those benevolent higher powers that tried their best to point me in the right direct.

Despite my best efforts, the messages got through. As soon as I got the message, things began to click into place. Bits of wisdom I’d heard along the way took on new dimensions and made great sense.

To make a very long, complicated, boring, convoluted story shorter, the message was about incongruities between the messages I send into the world and how I live my life. I thought I was walking my talk, but in reality, I was falling far short. I was overdue to step into my own empowerment. It was time to stop wearing Mommy’s high heels and rock my own. I gave too much of my power away and took the easy route of subjugation instead of standing in my own truths. Hell, I didn’t even know my own truths.

I have had to surrender the fact that most of my six children are anywhere from moderately displeased with their lives to in considerable distress. I think Dylan is the only one who is obliviously bebopping through life with a smile on his face. Anyone who knows Dylan knows that’s just how he is. When I gave birth to a triple Cancer baby, everyone made “eeek” faces, but it’s as though all that emotion and watery influence just canceled each other out and he’s the most balanced of any of my kids.

I have had to let go of any idea that I am going to be an influence to my older four children, who aren’t just older teens, but actual grown up adults. They are going to make the choices they make and I have no recourse but to stand back and watch them spin, crash, and burn if it comes to it. It doesn’t matter if I have walked their road and know the pitfalls. It doesn’t matter if they are clearly headed down a road to disaster that I have never walked myself. They are going to do what they do. Likewise, I can no longer clean up after the crash. It’s just too exhausting. I can love them. I can say, “I’m sorry that happened.” I can’t say, “I tried to tell you” and have it be meaningful or helpful in any way. I can give advice if it is requested. That’s about it. I have to love with open arms, stop hovering, stop rescuing, and tend to my own life.

I have to accept that Aiden, my grandson, is going back to his mother and I will rarely see him. I will miss him profoundly. I love our before and after school hours.

I have to accept that sometimes problems go deeper than what people say is the problem and often the real problem has little to do with the stated problem.

I have to listen when people tell me who they are the first time.

I have to be accountable for my own actions, but not for those of other people.

I have to be a strong and competent priestess all of the time. Not just when I feel like it. I’m far enough into the game now that there is no longer time for slack-a-lackin. Release the Kracken. Frickin frackin. Yes, I got distrackin.

I have to still – even at my advanced, ancient age – be willing to take risks and learn new things.

I have to accept that no matter how hard I work at it, there are some people for whom I will not be enough.

I have to accept that anything, any situation, any relationship, any state of being is fragile and potentially terminal.

I have to accept that no one is responsible for my joy except me, but that people have no right to ambitiously try to kill my joy either. 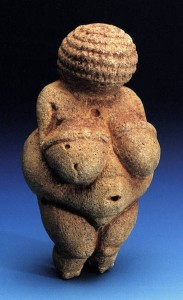 I had to accept my fat little body. That was part of the message the Venus of Willendorf kept sending me.She showed up everywhere and I thought, “Aww” (held tilt), “She’s sweet.” But she kept coming back until I looked at her and truly studied her beauty and recognized that she is me and that she is every bit the Goddess as is Athena or Aphrodite or any of the classic beauties. I had to embrace me as I am and love me as I am rather than fighting so hard to become something else that would be worthy of love and sexuality. I watched a lot and read a lot about fat shaming. I watched documentaries on morbidly obese people and their struggles and realized how lucky I am to have the mobility and health that I do. I had to make friends with my body again and thank it for being patient with me and for staying strong and true.

I have to understand that even as steady as some parts of life seem, everything cycles, shifts, and changes.

As soon as I really began internalizing those lessons and managed to get back on my feet, things began to turn around. My Priestess Sisters were in the corner like Burgess Meredith, prepping and coaching me to go back out into the ring for another beating. They were always there and Goddess bless those who never gave up on me. Those who were there for the long haul, every step of the way, are so precious to me. Thank you, Dear Sisters, for keeping me in tune with who I am and with my mission in life. I hope to not be so needy for a while and to stand without falling for even longer.

I got too confident. I got too complacent. The Universe decided I had to be shaken out of it and put me in a paint mixer. From the greatest of us to the least of us, there is none of us who is past the place of learning, growing, and becoming.

How does that saying go? If you stumble, make it part of the dance. I stumbled big, but I am still dancing. Now I dance forward into joy. 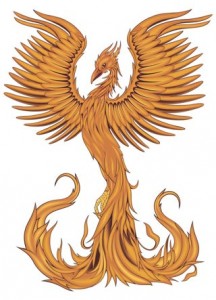 One thought on “I Meant To Do That”