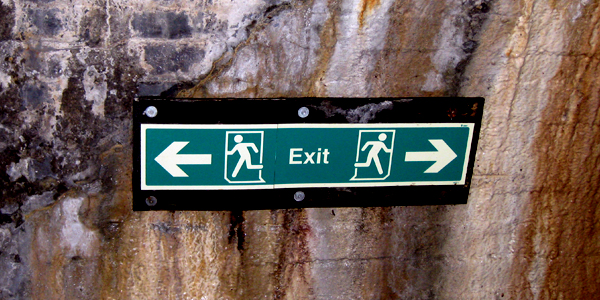 Now, a little over halfway through my 2015, it seems like as decent a place as any to evaluate. I was told by several independent sources that this is “my year,” whatever that means, and I invested in the idea. I can honestly say I have never worked as hard in any consecutive months of my life as I have in the past six and that includes working two part times jobs and a full time job as a single mother in the 1990s. I am tired beyond belief and that doesn’t change even when I rest. It seems to be my default status. I am in this uniquely magical place where if I close my eyes for more than a few minutes, no matter where I am or what I am doing, I will immediately fall into active dream time. It is like being a little bit high all the time.

This marks my fourteenth year of transitioning into menopause. I started with symptoms almost the day I turned forty and back then, it included hot flashes, palpitations, erratic periods, irritability, hair loss, and night restlessness. My symptoms are nowhere near as aggressive now. I went through over-the-counter treatment as well as hormone replacement therapy. The over-the-counter stuff worked well for me for two or three years, but then lost its effectiveness, so I switched to a different one for a few months, then quit altogether. The HRT never worked well for me. My goal is not to replace my reduced hormones, but to help my body adapt to the new levels successfully.

I hydrate well. I supplement with lots of B-12 and other supplements and that seems to take off the edge.

Life has changed so dramatically from this time last year. On January 1st, I took over a computer sales and repair business and learned more than I ever wanted to know about repairing laptops and desktops. I invested what I had to spare and then some into the business and as it turned out, much of what the previous owner represented to me at the time of purchase was incomplete or inadequate. I was not told that a good bit of his disclosed income from the business came from working on people’s computers in home, which is not something I feel comfortable doing. The contract he assured was ours that was to cover our store overhead every month never manifested as he was certain it would, even though he is the IT director for the company with which we would contract. They took two months to pay on our first and only transaction, which had the terms of “payment on delivery.” These issues are common to business owners, but I was not positioned to manage them at that time.

My business is located deep inside a giant swap meet in Roseville, California and computers are not typically impulse buy purchases. Most people do not want to pay for parking, carry their heavy PC or laptop into a swap meet, and possibly wait a week to get their repair job back since we are only open on weekends, even though our prices are significantly lower than our competitors. After several weekends of sitting in the store without any revenue at all to show for it and two months of the store not coming close to breaking even, I decided I needed a different variety of things to sell in the store and opened a botanica on one side. A botanica, for those who do not know, is a store that specializes in handmade magical items and aromatherapeutic items. I worked night and day to produce an inventory, which was tough enough as it was, but even worse since I’d already invested beyond the extent of available funds into the computer side that was not paying off.

The botanica does well. Some weekends, it is he driving force in profits, and sometimes, the computer side does better. We still do not break even, but we are getting closer. I meet amazing people and finally I am starting to see a stable inventory instead of throwing stuff to the wall to see what sticks. I have a few new items to roll out over the next month, but mostly, I think we have found our market. My daughter, Delena, is my store manager and helps out every weekend. She just graduated from college with two degrees: Fine Arts and Social Sciences.

On March 20, Eric worked his last day at the Veteran’s Support Office in Placerville. He now works with me in the shop and is otherwise here at home.

Dylan officially graduated high school in May and turned 18 earlier this month. He starts college in August. Nathan pulled his grades up through home schooling and made up some lost credits with summer school. He will continue home schooling this academic year and with California’s new vaccination law, will likely graduate through this program rather than mainstreaming back into traditional high school.

In February, I was honored when Patheos.com accepted me as a full time blogger for a column on Energy Magic. I produce two posts a week, each of approximately 1000 words. I barely get one posted and it is time to post another one. I feel as though I am running out of words. The job pays, in theory, but I have to get to 12,000 hits in a month before it kicks in and this month, I made it to around 6,000. For now, it is an insane amount of work with no return other than to say that I write for Patheos.com.

I am part of a group called North Western Circles Association and we put on a festival in June called PanGaia Festival. A ton of hard work paid off and the festival was extremely successful.

I published my most recent book in January, Weather or Not, and I am still working on the third Seven Sisters of Avalon book, Aster of Avalon, that was due out in December. Life got in the way and I was also a bit stuck on a few things. Delena brainstormed with me and got me through the bottleneck and it is flowing well now. I hope to be finished by the end of Summer. My editor has finished the first quarter of the book and says it is my best work yet.

The year has been a significant personal struggle and I find that I feel lost and confused a lot of the time. I look for guidance inside and out and find none. I see so many life changes and I feel as though it is all passing me by. I remember feeling strong and vibrant, but more as an abstract than a true memory. I am grateful to have had that at some point in my life because I know many never get it at all. I hope to have it again some day.

For now, it feels like that was a brief moment in a very long day. Life is such a series of choices and I am working to find the right ones, including the choices to be healthy, happy, fulfilled, and gracious. It is difficult when a person is on output so long without positive return. I can find blessings, absolutely, but the challenges often feel overwhelming, then I feel weak and ineffectual for feeling overwhelmed. I see others dealing with greater struggles with far more dignity and I wonder what’s wrong with me.

I was raised in a way to believe that if you work hard, you can be successful. I feel as though I never stop working and the breaks just do not come. At June, in the CUSP cycle, we expect to see our crops out in the field and to know that our goals are manifesting beautifully. So far, I have not had that confirmation. I am looking out onto a wasteland of a field…that needs weeding…and watering…and a lot more work. I do not see little mini-corns or beanstalks wanting to be something when they grow up. I see a whole lot of work invested into a harvest of weeds.

It may sound as though I do not have faith and nothing could be further from the truth. In fact, faith is about all I have right now. I cling to it like a life raft. I pray it is not all some huge cosmic joke. I know I have to keep moving because this is the active time of the year. I do not intend to let go of anything in particular I am doing until after November 1st, when I will re-evaluate and decides what serves and what doesn’t. For now, I am the living embodiment of that old joke about “how far can you walk into the woods?” Halfway because after that, you are walking out of the woods. Once I am halfway in, I can turn around and go back or I can keep walking and see what is on the other side of the woods.In this case, there is no going back because what I left is no longer there. There is nothing for me except walking forward into the unknown hoping that what I am doing is the right thing and is enough.

It has been a long time since I updated this online journal, partly because I am burned out from writing for Patheos, partly because there it little new to talk about, and partly because it is even more work to find a positive spin for my current journey. I remade my website yesterday, hoping to invest new energy into it and by proxy, into me. Now I will go develop oils for my shop and make beautiful spell bottles for people who need an extra boost in their lives.

Like a typical Virgo, I might struggle pulling my own life together, but I sure know what everyone else needs.

Maybe I need to find my own Virgo.