The TAO of Katrina

Here we are on the brink of Beltane, arguably the most exciting and invigorating time of the year, and let me tell you, my buzz is just gone. I am trying hard to figure out what sucked it away, but my enthusiasm for just about anything is low or non-existent.

Instead of my usual pep, vigor, and passion, I feel Tired And Old (TAO). I told a friend last night that I thought I was on the verge of becoming a jaded cynic. I am auditioning the idea, much as I occasionally audition the idea of taking up drinking or exercising daily or other fairly ludicrous ideas. I know eventually, I will find my joy button again and return to my optimistic, happy self, but at the moment, that feels as foreign as saying that I am going to take up cat juggling or painting the white roses red. 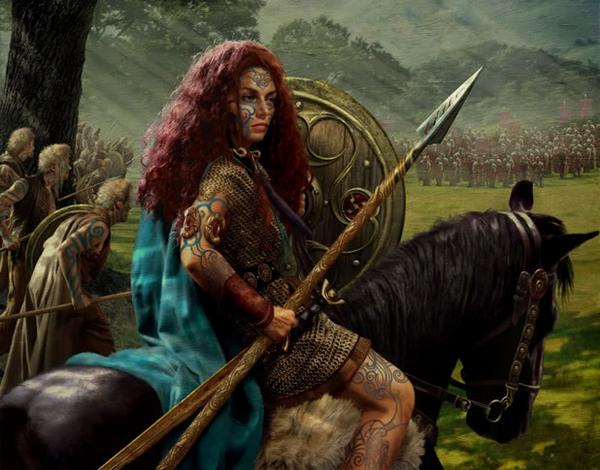 This is Boudicca, the Iceni warrior queen who was raped, along with her daughters, by Roman soldiers, so she waged a bloody and brutal war against the Roman invasion in England. That is an artist’s interpretation and not an actual portrait she sat for or anything. She was far too busy eviscerating and beheading and impaling to entertain the vanity of a portrait sitting. I always wanted to be an ass-kicker, but it seems like so much work. Yes, I sound lethargic. It’s early in the year and I should not feel as Tired And Old as I do now.

So I am going to do things to shake off that unnatural state. Usually, my inclination would be to go with what my body is telling me, to rest, to regroup, and to find my chi and get it flowing again. This time, however, I think my body might be a damned liar, so I am going to go with the “fake it til you can make it” plan.

I do not feel particularly unhappy; I feel unstimulated. I am in seriously fun deficit and I need to make some adventures and re-engage life in a meaningful way. I will be back later to report on my fabulous success in the world of Being Awesome, where I intend to rule.

One thought on “The TAO of Katrina”