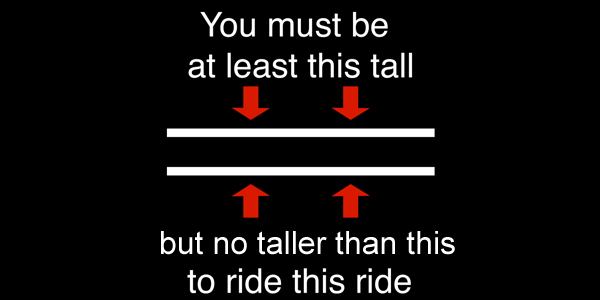 There is much to say about magical ethics, especially when you consider the variances from tradition to tradition and spiritual path to spiritual path. A person’s head could explode trying to keep track of what candle to put out first or which way to walk in circle without courting disaster.

This post, however, is not about protocol, but about basic ethics, and once we disentangle those two, the traffic jam clears and we have open freeway for discussion (one can hope). In this series of two posts, we will discuss what, in  over thirty years of magical practice, I have found to be generally true and generally accepted by most practitioners. I do not expect everyone to agree with me and this post simply introduces what I hope will be a kind and respectful discourse rather than an argument about the “right” way to behave magically since it is all pretty much subjective anyway.

I present for your consideration the two Great Commandments of magical ethics:

The Power of Intent

The energy that flows through electrical wiring in our homes used to turn on a light is neither good nor evil. It is neutral, as is the energy we use to throw the switch that executes a person. Magical energy is also inherently neutral. What is it, then, that colors the energy and changes it from a neutral force into an ethical or an unethical action? The answer, of course, is intent. The intent of the user gives energy, whether mundane or magical, a positive or negative connotation when considered against the social standards of the culture.

Our intention colors our magical energy flow and is the ultimate factor as to whether a magical act is ethical or unethical. But by whose standards? What one person considers to be ethical is likely different from the interpretation of another person and that is where endless debate ensues. In this case, I will distill a lengthy conversation down to one of our two commandments and say, “Don’t be an ass.”

I believe that most people know when they are out of line and should heed that inner wisdom. Sometimes, we get caught up in excessive, explosive emotions and allow that force to control our ethical compass rather than the true north of that inner, wise voice that says, “There’s a chance you are being an ass here. Let’s think about this for a bit before we take action.”

That brings us to…

We can fool ourselves and can possibly even fool other people, but we cannot fool The Universe. The Divine will see our truest heart and intention when we petition with a magical goal. To achieve the strongest magical flow, we must have our true intention completely in line with our magical actions.

For example, we all know that person who does not want to get a job and instead, depends on the generosity of others to get by. At some point, that person could be motivated to perform magical work because others convince them they should make an effort to do so, likely because their generosity has reached a breaking point. If, however, our hedonistic hero really does not want to work but prefers to stay home and play video games all day, this magical act will likely fall flat. Why? Their magical effort did not align with their true intention. When you direct magical energy toward a goal, be clear with yourself on what you are doing and why, then put your full force of will into it.

What does this have to do with ethics? People often work hard to convince themselves that a magical work is ethical they know it is not. Righteous indignation is an ugly thing that can cloud our rational though, leading us into behaviors we know are unethical, especially if fueled by mob mentality. We see this in play on the internet all the time. To use energy magic in an ethical fashion, we must set ego aside and look within for the true greatest good. To be ethically strong, we must own our authentic wishes and intentions when we enact a magical work.

Working For Someone Without Their Permission

When more than one force is applied to an energy flow, the aggregate force is compounded by the full impact of the added force.

Add more people to your magical work and the flow intensifies if you can get them all dialed into the same goal and outcome. Because of this law and the universal acceptance that there is magical strength in numbers, people often ask us to pray for or perform magical work for other people.

We must use discernment about where our magical energy goes and yes, prayer is a magical work. Our magical energy is infinite, true, but our human ability to process large amounts of energy over an extended time is limited. As responsible practitioners, we must employ self-care and use our energy wisely. No one loves a martyr or enjoys hearing someone complain endlessly about how tired they are because they extended soooo much magical energy. Alas!

That is not to say that we ignore those in need, but as with our physical endurance, we have to pace ourselves and make wise choices about the amount of energy, if any, we will invest. There is a huge difference in touching someone’s arm and saying, “I wish Bob well in his healing” versus going into a full on magical push for someone.

There is a long-standing tradition not to use magical energy for a person without their permission. When you work magically for someone, ever through prayer, you change his or her life, perhaps in a substantial way. Unless they specifically give you permission to do so, it is wise to decline. When I was a full time working mom of three active little boys, I sometimes welcomed a minor illness because I could hide and rest for a while.

We do not know all of the reasons why a person may suffer adversity or illness. Sometimes, there is a greater good at work even in disadvantage. A viable alternative is to send energy toward, “the best possible outcome for all concerned” and leave it at that. This does not specify an outcome, but instead lends energy to a positive resolution, whatever form that might take.

This concludes part one of the discussion on magical ethics. I hope that you will return on Monday when part two will post, in which we will discuss the heavy hitters of Karma, Three-Fold Law, “harms none,” and the use of magic for personal gain.