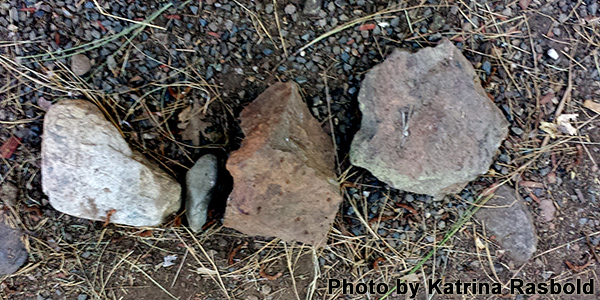 Kim Davis: Everybody Must Get Stoned

With offerings such as Kim Davis and Mitch McConnell, I am courting the idea of inventing a new life story where instead of hailing from my beloved home state of Kentucky, I was instead born to gypsies who raised me in an RV, moving all over the United States and stocking my mental larders with exciting adventures.

For those three or four of you who do not know, Kim Davis is a Rowan County, Kentucky County Clerk who was released on Tuesday after being jailed for failure to issue marriage licenses to same-sex couples, despite several warnings and court orders from U.S. District Judge David Bunning. Her plea for “asylum for my conscience” was denied by all the way up to and including the Supreme Court who replied (paraphrased), “Just do your job, lady.” She still refused and so she was jailed.

Many thought she would be fined, but the judge knew this woman had raised a huge amount of money from her fundamentalist Christian brethren on Indigogo and that fines would mean nothing to her, so he sent her to jail. She immediately began begging the governor to get her out of jail and Governor Steven Beshear declined her offer. All of this hit the fan after Obergefell vs Hodges went before the Supreme Court of the United States, from which a June 26th ruling emerged stating same-sex marriage is legal and must be allowed in all states.

A few facts are significant in this case:

2) Not only did she refuse to issue marriage licenses to same-sex couples, but to be “fair,” she stopped issuing any licenses to any couples, same-sex or otherwise. This means she refused to perform or allow anyone in her office to perform what is not just an ancillary part of her job, but her actual job. Still, she insists, “I have done my job well.” In fact, upon her release Tuesday, her lawyer stated that Ms. Davis would continue to “do her job good” (“Book of Style” wince) and continue to follow her conscience. Davis is asking to not have her name listed on the marriage licenses for same-sex couples, which essentially means she wants to be the Rowan county clerk for some citizens and not for others, yet still expects to be paid to not do her job.

3) The basis of her case is that she was acting on the word of God. Ms. Davis is an Apostolic Pentecostal Christian, which is one of the literalist Christian branches, meaning that they accept the Bible in literal form as a mandate from God without room for interpretation, allegory, historical context, or all around paradigm bullshittery. Because some people interpret a handful of Bible scriptures to define marriage only as between a biological female and a biological male, Davis feels that God’s laws override the laws of the land and as such, has appointed herself the sheriff of God’s laws…to an extent. Only as the laws apply to LGBT folks and not as God’s laws apply to her.

4) Many people call for Ms. Davis be “fired” from her $80,000 a year job. Kim Davis is an elected official, so she was never “hired” to be “fired.” Unseating an elected official involves either impeachment or charging her with “official misconduct,” which would remove her from office. Legal experts have proposed that it is unlikely that the Kentucky State Legislature would impeach Ms. Davis and the official misconduct charge was put before the County Attorney, who declined, and now Jack Conway, Kentucky’s Attorney General who is running for Governor, is “looking into the matter.”

5) Interestingly, the doctrine embraced by the Apostolic Tradition itself provides specific direction on how to deal with such conflicts, instructing that people of their faith should, “avoid potential positions of conflict.” According to her faith’s own mandates, Ms. Davis must step down from her elected position and yet she does not. The actual wording is clear that “in conflicts between religious conscience and professional responsibility,” it is to the Apostolic to recuse themselves from the conflict, which Davis has chosen not to do. Amish people do not generally work at the DMV. Militant vegetarians do not usually work at a slaughterhouse. Devout Muslims rarely work at Hooters. There is a trend here, Ms. Davis.

In their attacks against Ms. Davis, many have cited her four marriages, her adultery, and her babies born out of wedlock. From a Christian perspective, these particular sins are irrelevant since they happened before she was baptized into the Apostolic Tradition. Her baptism would forgive all of those sins as if they never happened.

Of greater issues are the sins she continues to commit, such as (presumably) sleeping with her fourth husband, Joe Davis. The Bible clearly states that she is still married to her first husband and therefore commits adultery when she remains with Joe (Matthew 19:19). Even the Beetlejuice of Fundamentalist Christianity, the Westboro Baptist Church, went on the attack against Kim Davis saying, “You cannot repent of a sin you actively live.” A broken clock is right twice a day.

1 Peter 2:13-14 says, “Submit yourselves for the Lord’s sake to every human authority: whether to the emperor, as the supreme authority or to governors, who are sent by Him to punish those who do wrong and to commend those who do right.” Romans 13:1 further states that all governmental dictates come directly from God…like the one that said same-sex marriage is legal and the one that ordered her to perform the duties of her position. The Bible makes it pretty clear in literal terms that Davis is breaking God’s law by failing to submit to the law of the land.

If true literalists like Ms. Davis are ready to stand up for what the Bible says, why do we not have more stonings? The Bible mandate for any of the following sins is to be stoned to death:

The obvious conclusion is that literalists are inwardly itching to stone people who commit these crimes and are Biblically bound to do so, but refrain from action because the laws of the land would inconveniently send them to prison.

This does not even consider non-stoning offenses such as sleeping with a woman when she is menstruating, getting a tattoo, eating shellfish, eating fat, not brushing your hair, spreading slander, stealing (yes, even poodles), or selling land permanently. A total of seventy-six different sins are banned in the book of Leviticus alone, which is the most commonly cited scripture regarding homosexuality. When only homosexuality is denounced and other sins identified in Leviticus are tolerated, what does that say about their adherence to a literalist faith? Even Davis says, “This has never been a gay or lesbian issue. It’s about marriage and about God’s word.” Sadly, she identifies it clearly as a “gay or lesbian issue” when she herself does not follow God’s word regarding marriage and is, by Bible standards, an adulteress even today.

Legitimacy suffers when selective adherence to God’s laws is the standard. This cherry-picking nonsense belittles any integrity the religion may ever have possessed. As a former devout Christian, I have tried hard to wrap my brain around this from the inside point of view and cannot grasp it. This dissonance is one of the main reasons why I left the faith. The more people like Kim Davis, Mike Huckabee, and Pat Robertson talk, the more I feel as though I fell into some bizarre dimension where logic and reason are fully abandoned. THAT comes from a woman who talks to Faeries and muscle tests everything she eats. How do these folks reasonably choose to obey one law that suits their own agenda and blatantly violate a bagful of others? There is no way I can see to engage the world in this way and not appear stupid.

I am humbled as I read the comments by one of the couples to whom Kim Davis directly refused a license. I wonder if I could find it in myself to be so gracious:

“She’s standing up for her beliefs, as we’re standing up for our beliefs, and we understand how hard that is,” April Miller said. “But we also believe that we do have the right to get married and that as a clerk in a county government office, she should be issuing the license. It’s her job.”

I recently read a conservative pundit identify Kim Davis as “The next Rosa Parks.” She is not Rose Parks. No. She is every person who forced “colored” people to eat at a different diner, go to a different church, drink from a different water fountain, enter through a different door, and sit in the back of the damned bus.

Go home, literalists…you’re drunk. Suit up and start stoning people or shut up and admit that you’re half-assing it. If literalists refuse to own all of the laws of God, then they must admit that whether it is convenient to their consciences or not, man’s laws and society’s cultural beliefs have sway over literal translation of the Bible or else they would all be in prison. You cannot have it both ways. Something curtailed their need to follow the mandate of God telling them to stone people to death.

There is, however, a kinder, gentler conclusion, which is that literalists understand that certain Biblically ordered acts such as selling your daughters into slavery, killing a man for planting two crops side by side, and stoning to death those who commit adultery are practices that society came together and determined are inhumane and violate basic cultural ideals. What many of them fail to see is that they can now add denying equal (not “special”) rights to the LGBT community to the list of antiquated practices that no longer fit into our cultural code.

Once again, as with the Josh Duggar post from last month, thank you, kind Pagans, for operating as you do with love and acceptance of all of God’s (and Goddess’s) children. I am honored to be in your family. It is interesting that it seems to be that by default, the Pagans I have known in the past thirty years exemplify the teachings of Jesus Christ far better than most of the Christians I have known since I was born. Stay cool and rock on, my friends.

UPDATE: You can see Davis’s comments upon her release where she took to the stage to the sounds of “Eye of the Tiger” by Survivor here:  on.msnbc.com/1OaNRSr.  Although Judge Burning ordered Davis released because the Rowan County Clerk’s office is now issuing marriage licenses, it is unlikely that Davis will comply with the order now that she is out of jail. Her lawyer stated, “She cannot allow a license authorizing same-sex marriage to go under her authority or name. That’s been her position from the beginning and that will be her position, I assume, on any subsequent occasion. She’s asking for a simple fix, a simple accommodation. We’re back to square one. She’s been released. But there has been no resolution.” 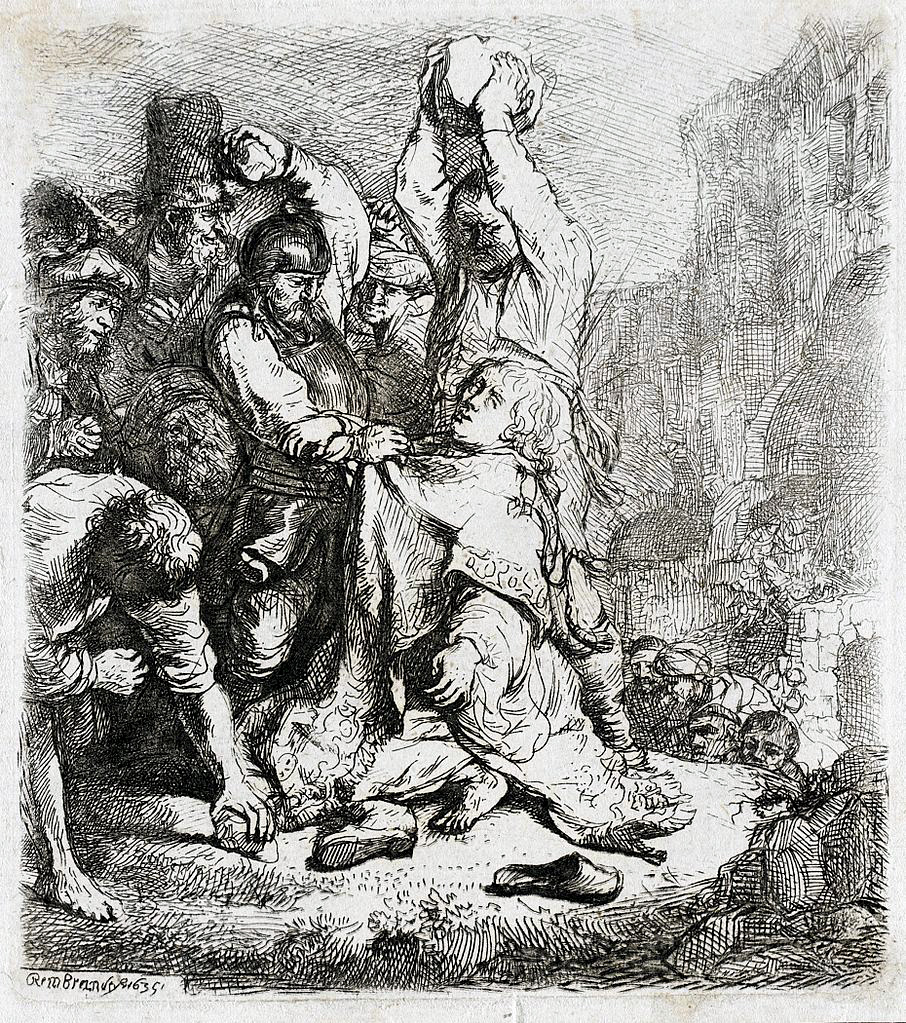