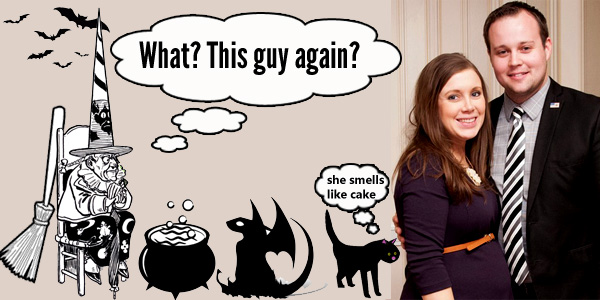 Josh Duggar: Why He Is Relevant to Pagans

This week, several articles on Josh Duggar popped up on my Patheos feed as news of his marital unfaithfulness spread across the interwebs. Not on Patheos Pagan, mind you, but throughout the other religious channels. Pagans are not much talking about him since he is not one of us and it is hard to see any relevance to us. He is just another vocal, Proposition 8 pushing, up-in-our-reproductive-business, telling us how to live Christian we prefer to ignore.

And yet, his recent confessions as a teen who molested little girls and then grew up to be a cheating husband stands as evidence of what repression of our natural biological flows creates. In that capacity, he serves as a reminder of how blessed we are that we found the path we follow and that even in the face of aggressive, ultra-conservative, warriors like Duggar himself, we remain free to practice our spirituality openly and freely.

Duggar’s profile on Ashley Madison, the website on which he purchased an expensive membership to facilitate his extramarital affairs, lists his turn-ons as “conventional sex,” “experimenting with sex toys,” and “one-night stands,” specifying that he is in search of “professional, confident women who dislike routine and have a secret love nest.” 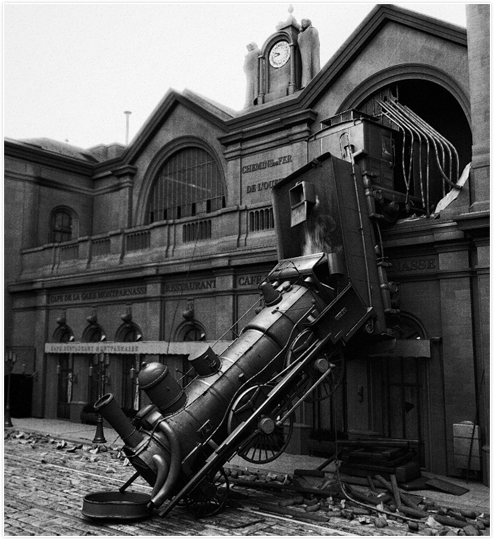 Duggar’s downfall into the debauchery of conventional sex  with professional, confident women who dislike routine (predictably the opposite of what his fringe Christian sect, Quiverfull, trains their women to be) is fascinating to some of us not in an angry, derisive way but in a train wreck kind of way.

We tilt our head sideways and say, “Huh. Check it out.”

This is, of course, not new. Those who pay attention to such things have watched the crash and burn of Christian clergy for decades now. In fact, whenever religion is mentioned at all in news reports about non-terroristic assholery, Christianity has a commanding lead. I am not saying that all Christians are assholes, not by a long shot.  What I am saying is that when religion is mentioned as a component of non-terroristic assholery, the offender is usually Christian. [I am leaving this to my own observation because I am far too lazy of a blogger to research statistics to cite on this.] Don’t even get me started on Catholic scandals. 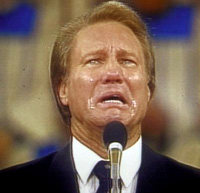 In 1988, televangelist Jimmy Swaggart tearfully confessed on national TV, saying, “I have sinned against yewwww, my Lord, and I would ask that your precious blood would wash and cleanse every stain until it is in the seas of God’s forgetfulness, not to be remembered against me anymore.”  In other words, “God, please make everyone forget what I diddddd because this ‘busted’ stuff suckkkks.” This was after a vengeful cohort got video footage of the long-married Pentecostal minister with a hooker and went public with it.

Despite his earnest prayer, his stains were not completely cleansed in the seas of God’s forgetfulness and in 1991, a cop pulled Swaggart over for driving erratically and found him with yet another prostitute.  We remembered. This time, however, he told his Family Worship Center, “The Lord told me it’s flat none of your business.” Alrighty, then. (Seriously, that is what he said). 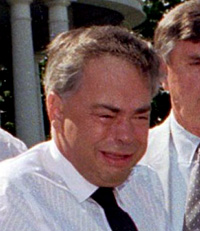 While that was not a banner year for Christian televangelists, faithful followers continued to support both of these ministers through their trials and tribulations without apology. As long as you repent, you can commit virtually any offense and still have a flock of check-writing, flag waving, pew filling followers.

And so it goes today as not only Christian paragons of virtue, but also ultra conservative, “family values” politicians, topple over like so many Saddam Hussein statues when their ugly secrets come to light. It is like a contest to see who can say or do the most ludicrous, offensive things and still remain in prevailing favor.

Why are the rest of us interested at all? Because if a person puts themselves on a high enough pedestal, we can see right up their skirt. And yes, we will look. Don’t bullshit us. Don’t denounce our lifestyle and pretend that yours is holy and sanctimonious when you are seeing prostitutes on the side and cheating on your wife behind her back.

How many Pagan leaders do you see facing charges such as these? Sure, there have been a few, but given the stigma still associated with Paganism, Witchcraft, Druidry, and other magical arts, one would think any avenue to exploit the failing of Pagan leaders would be explored and we would see more of it. This leads me to wonder, what is the big difference between “us” and “them?”

As I see it, it comes down to:

1)      Money. Lots and lots of money. These ministries handle literally bazillions of dollars (it’s an industry term) in donations, which leaves them open to increased scrutiny, although many would say not enough. While the Duggars are not likely so richly endowed, they have the backing of many GOP/Conservative politicians and talking heads with absolutely that much money behind them. I am looking at you, Mike Huckabee. When you are involved with that much cash, especially someone else’s cash, things get dicey. By avoiding the curse of wealth, Pagans avoid the scrutiny that comes with it. We also avoid the fancy houses, boats, maids, luxury vacations, and heated dog houses that come with it, so it’s a trade off. Not always a willing one, but a real one. 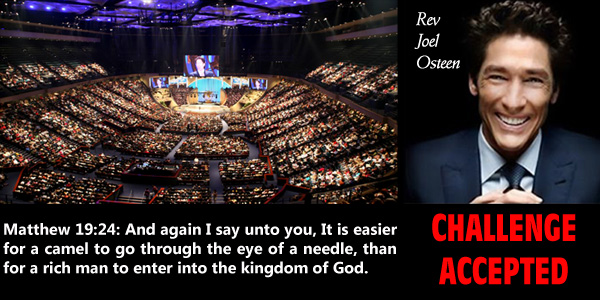 2)      Piousness. Pagans rarely set themselves up as a liaison between humans and the Gods. Most of us are comfortable with the idea that the Divine does not require a human as a speech interpreter and believe anyone can find communion with what they consider to be holy. Sure, there are pious, “more magical than thou” Pagans, but although we may hold ourselves out as graciously superior to some of the… how can I put this..?  “more intellectually and socially malleable” minds in our society, overall, we tend toward a “live and let live” approach that serves us well.  Except for some occasional “never walk that direction in circle” dogma, we mostly are a tolerant bunch provided another person’s actions cause no harm to us and ours. You will not typically find Pagans telling people who they can and cannot marry, getting up into someone else’s reproductive business, or condemning them for smoking “the pot.” When you start dictating how other people must live and condemn them to hell fire when they ignore your dictates, you open the door to people having an attitude when your own miscreant ways come to light.

3)     Accountability.  In most Pagan practices, you cannot just say, “Ooops, sorry,” and press on without a hitch. We believe strongly in forgiveness, but we also are big on atonement. If you broke something, fix it. If you did something you are not proud of doing, do not blame it on the Devil or on others. In this case, supporters came out claiming that Josh Duggar’s attackers were following an anti-Christian agenda. No, they were following an anti-hypocrite agenda. Own your actions and make it right when you screw up, not just by seeking forgiveness from Jesus, but by atoning for your sins. The daunting responsibility of fixing what we break weighs a little heavier on one’s behavior once the comforting cloak of absolution is removed.

4)    Transparency. We eat big, we drink alcohol like it’s a competitive sport, we have every kind of consenting adult sex you can have and still manage to stand (as long as we have a wall or strong harnesses for support), we use mind-altering substances, we dance naked in the woods in the moonlight, and we consort with beings from the other side of the veils. When I say, “we,” I am talking neither about me and the mouse in my pocket, nor about every single Pagan. (OK, maybe me and the mouse…a bit). I am talking about the broad-spectrum group of Pagans in general.  The difference in our raucous behavior and what you see in the news is that we do ours proud, out loud, and often, in a crowd. With nothing to hide or pretend about, it is not nearly as interesting to the world at large. It is when you cloak your excesses and pleasures in the darkness of deceit and haughty sanctimony that the world will most assuredly laugh when you fall.

We humans are odd creatures. We want to believe there really are those who are better than we are, not just at one thing or another, but as people as general. We want someone to set the example for what we aspire to be. Convexly, we feel vindicated when those who rise to that position, or shove their way through with elbows and heavy, angry boots, turn out to be just as human as we are.

How is Josh Duggar relevant at all to us as Pagans? He is not only our cautionary tale, but he reminds us of how blessed we are to be who we are. As devoted as some of us are to our magical paths, and I know many of you live it every minute of every day just as I try to do, there but for the grace of the Goddess go us. If we were as devoted to a different path, one that maligned the practices of others, we would be as dangerous and as despised as Duggar.

In other words: You’re doing great. Keep it up, you crazy hedonists. You’re keeping us out of the news while those who would burn us at the stake if they could fall hard from their lofty perches.

One thought on “Josh Duggar: Why He Is Relevant to Pagans”