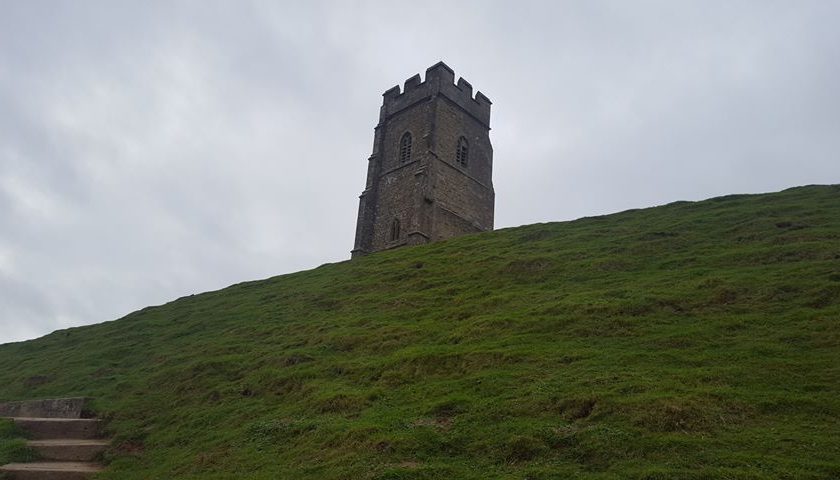 I worked out with a trainer off since May with six weeks off from September through mid-October while I completed a book for Llewellyn Worldwide. During that time, my trainer and I had great success rehabilitating my knee, which was injured years ago and brought me chronic pain, especially when abused through stair climbing or long walking, all of which were a part of this trip. I wondered how I would do and although I was certainly not at 100% or even 80%, I am still very grateful for the improvement one year to the next.

By the time we got to Day 8, I was feeling it. I also did not sleep well for a couple of nights, so I was already a bit between the worlds. Finding Glastonbury Tor is not particularly difficult but getting to Glastonbury Tor is something of a challenge. The roads there are unbelievably narrow and route you through a well-trafficked village or ten. This is quite literally a matter of you turn a corner and there it is, just like the image above, just right there.

The thing is that the Tor is so big that you drive a good bit still before you get to it. At last, we found the entrance. My research said that there were two ways up: the way across from the abbey which is an easier climb and the other way, which is not so easy. Where we parked there was not an abbey in sight.

It had rained all day, all the way from York to Glastonbury and just an hour before we got there, the sun came out. It was like…magic.

There was no way up but up, so up we went because I was going to do this. Glastonbury Tor is the closest thing to Avalon that one can find in this time and the Tor is central to my Seven Sisters of Avalon series, so I had to do it for my girls. Every step was for them.

The Tor has stone steps set in all the way up, but they are rough and of varying depths and widths, so there is no autopilot here. I saw people running up and down the stairs and was amazed. I took One. Step. At. A. Time. Eric was so patient with me. He could have done it at a quarter of the time. 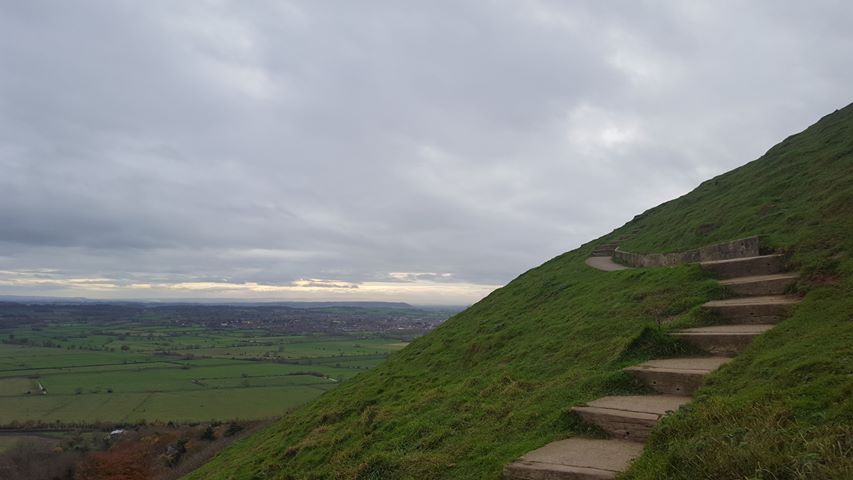 At last, we got to the top and the view was breathtaking, not only of the lands below but of the Tower itself. Of all we did, this held the greatest magical buzz for me. I was entranced.

And here is a video of the Tor: