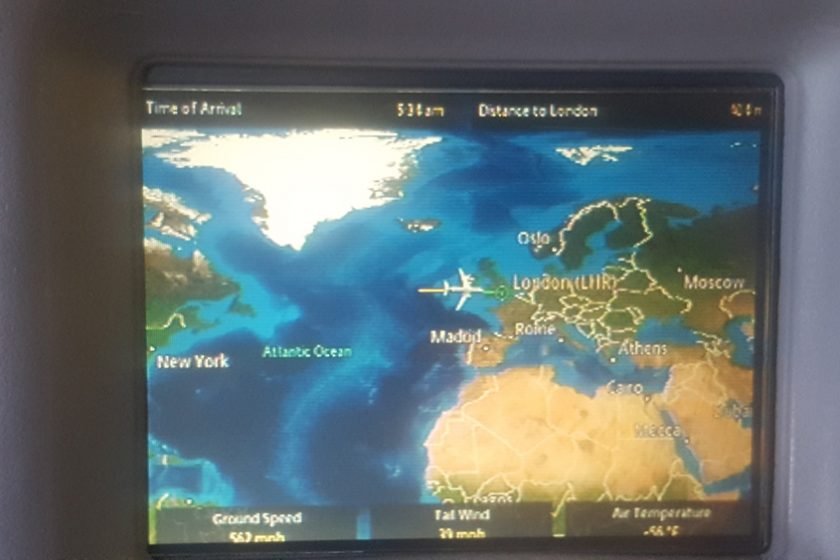 We decided to fly out of Sacramento instead of San Francisco due to the normally heavy traffic and not wanting to risk missing a flight. First stop was Chicago’s O’hare and then on to Heathrow in London.

The first flight was four hours and the second was seven. Eleven to twelve hours is typical for a flight from the US to the UK.

At Chicago, there was bathroom wizardry. Check this out:

The second flight was completely brutal in the “remind me why I am doing this again?” way. The seats were on top of one another and it was like sitting in a two-foot by two-foot box for seven hours. Eric was restless and I was in the middle seat, so it was like trying to sleep on a pile of puppies.

At last, we arrived, midday, feeling exhausted and depleted. Eric got pulled over for the special TSA search at Sacramento because he did not realize toothpaste is a liquid, but we jumped the other hurdles successfully on the way there. The first task after getting through customs and collecting our luggage was to get the rental car.

The rental car agency was where we first encountered the weird lapses in customer service. In America, most employees are expected to know the minor minutia about the company where they work. Not so in the UK. The Enterprise agent was fuzzy about the (very expensive) Congestion Fee in London and where it applied. He encouraged us to pay it “just in case” when ultimately, we did not drive anywhere that would incur the fee. Since gasoline is very expensive, sold by the liter, and we were driving extensively, Eric requested a small car. They gave us a Mazda 3, which is a great car, but Eric was concerned about the difference in mileage. The agent had no idea about that either, so we took the Mazda, handed them an obscene amount of money for insurance because we knew we were likely doomed to crash and die, and were on our way. 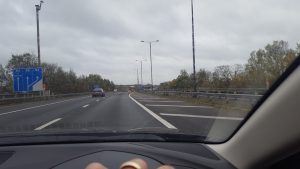 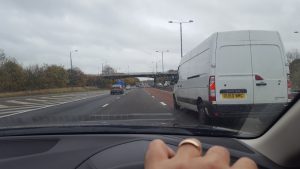 We stayed that night in a place called The SO at Battersea. This was the first time we encountered the idea that we were stupid to not know a person should never drive in London. The city is just not set up for that and hey, we had no idea. Many since then have rolled their eyes and acted as though of course we should have known that, but no, we had no idea. There appeared to be no place at all to put the car and Eric is certain he broke every known and unknown British traffic law just trying to find a place to park.

By the time we got to the bed, we were definitely on frayed nerves and ready to sleep.