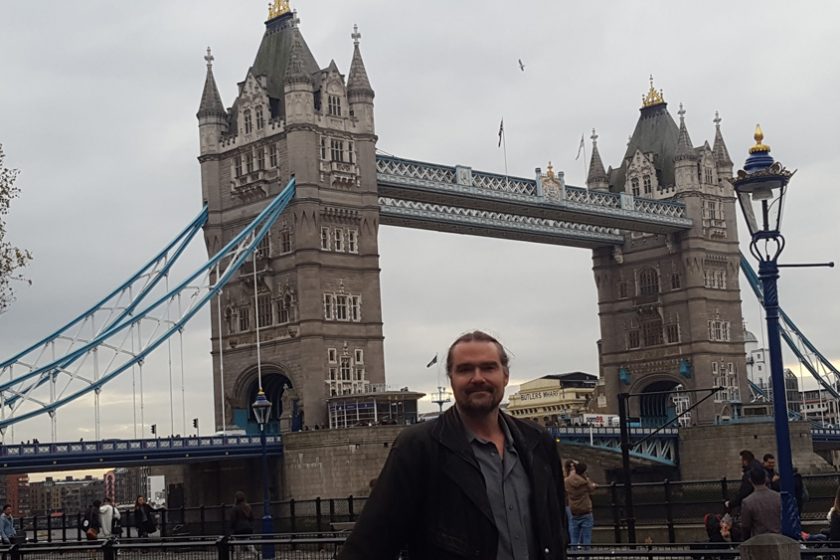 Our last day! It was hard to believe our adventures were coming to a close by now. We had so much left we wanted to do and limited time, so we decided to go look at the Tower of London and choose from there. Off we went on another Tube ride.

The changing of the guard. We saw a guy in full Sons of Anarchy cut and gear, thinking he was American, but no, he was British and really loved the show. It’s his voice you hear in the background on the two videos above.

Dragon in the armory

Henry VIII’s jousting lance and armor. I had no idea they were so huge!

It was getting late when we left the Tower and yet another place closed down right behind us. Now it was time to get on the train and seek out a more modern place of interest!