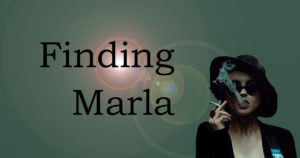 It has been a while, oh yes, it has! I have not updated this blog as much as I should or as much as I would like to. Life has changed a great deal for me and then changed again, so I have been trying to keep up and mostly failing, feeling overwhelmed and awe-stricken in equal turns. Regardless, life is good and adjustments, even painful ones, are usually for the better, whether we see that at the time or not.

Where the heck were you?

To be honest, I can’t remember what I last wrote about and I am too lazy this week to go back and read and find out. I am going to arrogantly presume that most of you who read this blog know a bit about me or at least have the energy (if not the interest) to look back over some past posts and see what went on from A-Z.

I closed my shop at Denio’s Farmer’s Market after just over three wonderful years there. The book contract with Llewellyn meant I would need a lot of focus for writing and would likely travel a good bit for book signings and such, so I wanted my weekends free again. The venue had raised parking prices from $2 to $4, which had a huge impact on our customer flow and increased our online sales (www.twosistersbotanica.com) since people could pay a bit more than parking and not even leave their houses to shop. After we closed down at Samhain (Oct) 2017, the other vendors who stayed said we left at the right time because traffic in the venue dropped off even more.

I wasn’t sure where we would go from there and I contemplated the many life changes that hit during that year. Not going into detail, but it was staggering with people who I thought were life-long friends turning out to only be there for what I could do for them, not out of any sort of affection for me. It was clarifying, to say the least, but it was also wonderful to identify the black holes where my energy was going. When you work as a spiritual leader, often people have no interest in the “real” person, but only in what you can do for them. Your own needs have no part of the equation. I never saw this more clearly than in 2017 and truthfully, I am grateful for that lesson because it taught me to be very careful about where my energy goes. The whole “cast not your pearls before swine,” thing. I realized that I want people in my life who interested in a mutually supportive dynamic rather than one that is one way and in the months since then, I have worked aggressively to refine my relationships so that they better reflect and support that lesson.

I was blessed in March of 2018 to find a place to share my products from www.twosistersbotanica.com and that led to a place to teach, which was my greatest dream, and later to a place to heal, which has been a profound blessing in my life.

At LightWeavers Academy in Citrus Heights, California, the owner generously opened up an entire segment of her shop for our products and Eric and I began teaching free classes on a variety of subjects every other Friday. I then started renting a room there where I could perform intense cleansings and energy realignments for people called “limpias” in the Brujeria tradition. My apprentices assist me and our team does good work that makes us all proud and excited.

Who the hell is Marla?

I had the honor and privilege of meeting a woman named Shannon Del Fiorentino- who owns Sacramento Healing Tree. She also works out of LightWeavers and we became friends. She asked me if she could try out a new energy technique she was pioneering that focuses on energetic weight loss. Well hell, I’m definitely down with anything that helps with that, so YEAH, let’s play!

She told me some pretty profound things in the treatments I have had with her. One was that I was barely in my body, which I would scoff at normally except that I had previously scoffed at a wonderful healer a few years back who told me the exact same thing. One wonderful healer I can scoff at no problem when I know they are off base, but two wonderful healers who do not know each other telling me exactly the same thing? Yikes, Mama needs to listen. …and so I did. She helped me with a soul retrieval process and worked with me to build up my aura, which was .

I won’t go into much detail because her techniques are new, cutting edge energy stuff and proprietary info that she deserves to keep between herself and her clients, but I will say that part of the work involved two really major processes. One was the eye-rolling, unicorns farting glitter and rainbows chore of “healing Little Katrina.” When we started working with Little Katrina, she was a little thing of maybe 5-6 years old, curled up in a ball and crying.

Shannon asked me, “Why do you keep making yourself smaller so people will be more comfortable with you?”

Well, holy shit. Yep, I did that. I thought about my tag line for all those years, the quote from Storm Large, “People tell me I’m too much, well maybe it’s just you’re not enough.” Yep, needed that reminder. Of course, just like when you buy a particular model of car and start seeing it on every road you drive, once I had that in my head, I kept noticing all the ways I make myself smaller for the comfort of others. It was a LOT.

Of course, this came up in an energetic exploration about obesity, so the obvious correlation is that I make myself big on the outside to compensate for making myself so small on the inside.

I spent the time since January 1, 2019, working on my nutrition. I also finished a book, Lily of Avalon, that was two years in the making and is about guess what? The Alice in Wonderland story where the protagonist is bigger than the should be and smaller than she should be and ultimately, actualizes to exactly where she is supposed to be.

Nope, no metaphor going on there and no mystery as to why I couldn’t finish the book for so long.

Week 1, I dialed in the eating between meals and reduced the carb intake a bit. Nothing specific, but just tightening things up.

Week 2, I used Intermittent Fasting to get rid of the cravings, limiting my eating to a 6 hour window each day.

Week 3 (last week), I used Dr. Eric Berg’s more intensive version of healthy Keto eating and went to only salad (7 cups minimum a day), meat, and eggs with occasional cheese included. This week is a continuation of that process, refining perfecting.

She turned around and said, “What do you want?”

At first, I was a bit mortified since Marla is one of the most clearly broken fictional characters in the history of ever, but then I came around. Marla owns her flaws. Marla takes no crap. Most of all, Marla is a grown up with the damage that comes from what a lot of us experience in the process of growing up. Within the movie, Marla herself grows.

The other side is that eating this way brought on a wave of depression that ate up a couple weeks of my life. When you have exactly one coping strategy for stress and that coping strategy goes away, there is only stress, sadness, shades of gray, and a suggestion of hopelessness. I think I am coming out of that now and the good news is that my skin and nails are healthier, my insides feel better, my sleep is on a healthier cycle, and my cravings are gone. I lost five pounds and a half a percent of body fat, but more inches than those numbers would reflect. I’m calling it a win and moving forward.

I have always quit when it got too hard to bear and that was often. Sometimes, the quitting was abrupt and dramatic and sometimes, it was a slow and subtle return. This time, I am going to do my best to hang in and see what is on the other side. For now, I’m still in the Wizard of Oz “pre-door opening” gray, but at least I am awake and the cyclone is over.