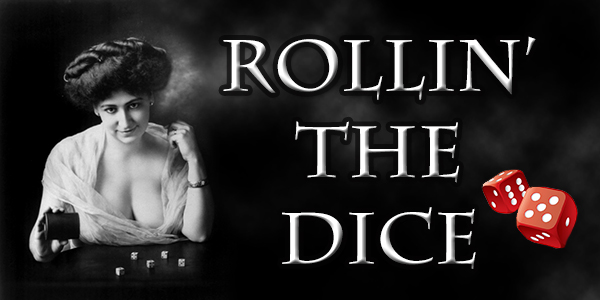 “Well this low down bitchin’ got my poor feet a itchin’. Can’t you see the deuce is still wild? Baby, I can’t stay, you got to roll me and call me the tumblin’ dice.”  Rolling Stones

I look at how long it has been since I updated this journal and it makes me uncomfortable, but then I think about all I have accomplished in the interim. I see the road clear, Abre Camino, as my favorite shop candle says, to return to routine writing and the idea excites me.

Eric and I began the CUSP (Climbing Up the Spiral Pathway) spiritual tradition back in 1997 and each year, it seems like it becomes more defined in our lives. This year, the pattern was undeniable. In CUSP, you work hard during the “light” of the year from Spring Equinox until November 1 and then you rest for the dark of the year. Since March, I have worked harder than I have ever worked in my life. For most of my life, even in the darkest of times, I have been able to look around and think, “I am blessed.” Sometimes, I had to reach for that feeling because wow, there were some truly dark times.

This year, however, I can feel the vibration in my blood as I process the full meaning of “I am richly blessed…abundantly blessed.”  Never in a million years would I, if I thought about it a year ago, or two years ago, expect that I would end up here. My life has been one of ongoing struggle. I am good at dealing with adversity, but in the interest of honesty, I have to admit that I have spent most of my life at the end of a fraying rope. My book Leaving Kentucky in the Broad Daylight talks a bit about growing up in Kentucky in the 1960s in a very eccentric family. For the sake of decorum, there were things I left out. That book goes up to 1978 and after that, spending time as the wife of a military enlisted man who struggled with his own set of emotional problems (<==not Eric), things were…complicated, to put it mildly.

After he and I divorced for the final time (there were two of those) in 1996, I met and married Eric and although love and faith were rarely in short supply, we worked hard to overcome the oppression of other deficiencies. The ebb and tide of depression swept over both of us, usually not at the same time. Our communication often suffered. The bleakness of ongoing disenfranchisement wore on us. Next year, we celebrate our twentieth wedding anniversary. This year marks twenty years of being together. Two decades. I was with my first husband for seventeen years, so this is my longest ongoing relationship with someone to whom I did not give birth.

This year, Eric made some career choices that took him to a good place and put his degree in Business to work, as well as his experience as an electrical contractor and business owner. His previous job was as a Veteran Service Officer, working through the Department of Veteran Affairs (the VA) to secure benefits for the clients who came through his office. When several years at that job began to trigger some of his own anxieties, he took time off to regroup, so this new endeavor was quite a change for him. It was different for us as well to suddenly not have him at home full time. I am grateful he got such intensive time to spend with our boys as they become young men. Dylan graduated from high school almost two years ago and was taking college classes online at home and Nathan is home schooled for high school, so the four of us were together most of the time. He got a unique opportunity to get to know his kids that most fathers do not have as nearly as I can tell.

Nathan is about to get his drivers license and is a senior in high school, eager to start work. He is the fourth of my six children who I have taught to drive, putting my life into their hands and sometimes hanging onto my last nerve by the skin of my teeth.

Dylan just moved out and is working full time in Folsom, California at a call center and loves it. Eric works long hours and is tremendously successful as the licensed contractor for the solar power company, Sunfinity, in North Highlands, California. He has a long commute, but has managed it with tremendous aplomb.

My time of mothering is coming to an end for the first time since January 1978 for my own children and since 1971 if you include my mother’s children. The croning is upon me and I welcome it. There are no lamentations for what was. There is joy for what is to come. I do smile nostalgically at the success of my children. I do miss their little arms around my neck, their sweet smiles, their young selves, but I do not grieve. They gave me the gift of that time and I celebrate the adults they are now.

My own shop, the Botánica de La Reina is doing very well. It is still in its growing stages, but we have a loyal clientele and we are looking to expand into a full storefront with more than weekend hours in a year or so. The shop inventory, most of which I make, is now stable and it is just a matter of showing up for shop hours and making sure the inventory is never completely depleted. It is a joy to help so many people through magical advice, cleansings, and instruction. I love what I do and sometimes, it is difficult to leave my little shop on Sunday night, knowing I will not see it again until the following Saturday.

Now that festival time is over and the dark of the year is coming, I look forward to a quiet descent and a transformative cocooning. I am paring down on obligations and energy drains. I am slowing my pace as we go into Fall and the days shorten. My focus is on writing, so I look forward to more blogging and to finishing Iris of Avalon, the fourth book in the Sisters of Avalon series. It is developing so nicely and I fully expect to hit my launch date of December 2016 or, as I did last year, maybe even publish earlier if I get through the rewrites and edits in time. I also plan a book called The Root, The Rose, and the Dowsing Rod on Southern American Folk magic. It complements my presentation of the same name that Pantheacon in San Jose selected for its agenda in February, so the clock is ticking on that one. I also intend to launch the “Little Book” series, which will involve literally “little books” on candle making, energy magic, ethics, numerology, dreams, etc. I am excited to get back into writing again.

My other recent project is a different approach on my health and weight loss. A number of Universal pushes and shoves sent me to the Atkins diet, which I have tried before without success. I began induction almost two weeks ago and I have to say, after the first few days, it has been nearly effortless. I have lost five pounds, which is nothing in the yo-yo of my weight loss experience, but I can feel my body reshaping and test strips show I am in ketosis, burning fat instead of carbs. I have started taking prebiotics and probiotics to help my insides function better. For food, I have given up sugars, grains, anything that doesn’t swim, fly, run, or grow in the ground. I feel healthier and stronger. I have stopped taking supplements for heartburn and acid stomach at last. I sleep better. I have a bit of the “Atkins flu” where my energy is low while my body learns its new way of finding energy. I am good with that. My body needs “new” and needs to adapt its metabolism because the old way was getting me nowhere fast.

My father died at age 51 of a ruptured ventricle due to occluded arteries. My mother died at age 60 from a systemic infection she got from repeated stomach cauterization to stop bleeding caused by decades of pharmaceutical drug use. I turned 55 in early September and I am not done by a long shot. If I die anytime soon, do not comfort yourself by imagining that I made my peace, lived a full life, and went quietly into that darkest night. It will be a lie. I have things to do of Grandma Moses proportions and if I do not get to do them, I will be sorely irritated.

I have never had a birthday affect me before in terms of my own mortality. I love growing older and I love myself and my life more as I do. I have spent so much time in adversity that now that I am not quite so much in adversity, I want to plug into each moment and live it to the fullest. This birthday, I really felt the weight of the years. Maybe it was that I stopped bleeding shortly before. I do not grieve my fertility. Goddess knows I used it plenty. What I felt was a breathless anxiety that I might only have five years left, or ten, or even twenty. It felt like it was not nearly enough, that I had wasted so much time trying to survive that I never actually lived. Then I rationalized that any of us at any age could have only five years or five minutes left for all we know and the anxiety quieted. It did not go away, but it shuffled off into the corner, put its thumb into its mouth, and went to sleep.

I see so many of my clients who do not enjoy the blessings in their lives because they are consumed with the fear that those blessings will go away. They give over their power to the demon of What If. I have no time or patience for that. I am going balls to the wall on life from now on, even if that means going balls to the wall on getting enough sleep, saying no to jobs I would have begged for a year ago, and disappointing friends who hoped I could say yes to this request or that. I will do less, but will put great quality into what I do. I need to focus my time and energy on what creates a positive outcome for however much longer I have. I am rolling the dice and taking a chance that what I am meant to do in this life will be what floats to the surface and the extraneous time and energy black holes will fade away.

My goals for the dark of the year are to secure a working command of Spanish so I can have better communication with my wonderful customers, finish Iris, write The Root, The Rose, and The Dowsing Rod, and lose a bunch of weight. If I am going to gamble, it’s going to be on me.

“When I awoke today suddenly nothing happened, but in my dreams I slew the dragon
And down this beaten path and up this cobbled lane
I’m walking in my own footsteps once again

“And you say, ‘Just be here now, forget about the past. Your mask is wearing thin.’
Let me throw one more dice. I know that I can win
I’m waiting for my real life to begin”

Update: Immediately after posting this, I found this article in my Facebook feed. How perfectly perfect:  http://www.rebellesociety.com/2016/10/14/caracampbell-aries-fullmoon/

4 thoughts on “Place Your Bets”