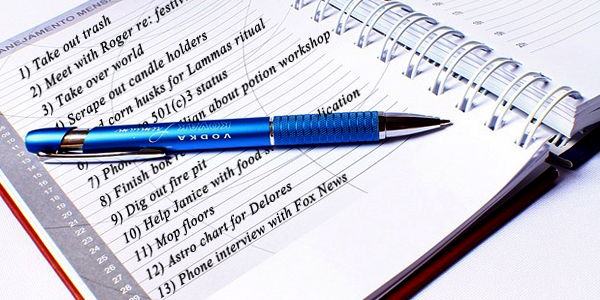 If you are unconvinced that everyone has an agenda, you desperately need a Facebook account. We all have agendas which we kindly refer to as “life goals.” Sure, we can parrot platitudes such as “all we want is to be treated with tolerance” and “if I don’t get a cast iron cauldron at a good price at this swap meet, I might shank someone,” but really, when it comes to it, the agenda is far more predictable than that. In fact, considering the number of Pagans I have known throughout thirty years of active Paganism spanning multiple continents, I have found I can boil down the life goals of individual Pagans to one or more the following four things:

3) I want to start a Pagan commune.

Pour enough liquor into a Pagan and they will likely wax misty-eyed and mention some mix of these goals. Unfortunately, these ambitions tend to die around the campfire in the light of day and yet, a few motivated or reckless or naive folks do give them a whirl. I am blessed to have done three of these things and to have met and picked the brains of those who did the fourth. If you are interested in any of those common dreams, I have the low down and can speak to their viabilities, as well as costs and rewards. Other folks will have their own experiences and opinions. These are my personal observations and assessments.

Since 2013, I have published twenty-nine books and that doesn’t even count the porn. Many people have asked, “How did you do it?” It really is no big mystery and truly, the only reason it is an accomplishment is because so few others sit down and do it. If they do, they belabor the thing for literally years trying to get it just perfect. Sure, we want the best product possible and writing takes time, but you can overpaint a masterpiece and never finish it. As a consulting author and editor, I find that the people who drag out their writing are often insecure about their talent and use all that perfecting and researching to delay out the release of their product and also the possible rejection of their book by the public.

In 2012, my mantra was “Demand more from yourself” and in conjunction with that, I did the unthinkable. In March of 2012, I booked an author appearance and lecture for June of that year on the topic of my book. The thing was I did not have a book published or even written. With the June 2012 deadline looming, I burned the midnight oil and wrote not one, but three books. I just sat down and did it, then printed and bound the books myself, using an old saddle binder. I also put the PDF of the book onto computer disks and sold those as e-books at a cheaper price. Less than a year later, I submitted those books and ten more to Amazon’s Kindle Direct Publishers and they immediately began to sell. A few months later, I used Createspace to create and market paperback versions. My publishing revenue continues to be a nice residual income that comes in every month whether I write or not and all of my books are four or five star books. It’s that easy.

If you are one of those people who feel you have a book in you, sit down and start writing. Dorothy Parker said (paraphrasing), “Writing is the art of applying the ass to the chair.” Just do it and let the words flow. Find good editors who will be honest with you and help you refine your project, then publish your book. If you want to change it later, there is always a second or third edition option. Above all, just do it. The tragedy is dying without your own personal message ever coming to print to live on past you, regardless of what that message might be. Gone are the days when writers can wallpaper the office with rejection letters from “real” publishers. Now, you can write a book and have it published and available for sale in a matter of days. Once you write your book, read everything you can on successful marketing of your book because that is just as important as good writing. I wrote a book called How to Get Your Book Published and also put all of the book’s material on a website here.

RATING OF GOAL:  5 of 5 stars (Why are you still here? Start typing that book, even if you don’t yet know what to say.)

I currently own Botánica de La Reina in Roseville, California. I make nearly all of the magical items there with the help my my daughter, my husband, and a dear friend in New York. My store opened in March and has the usual challenges of any new business: covering overhead and finding ways to let your target audience know you are there. Beyond that, I assure you that having a magical store is as fantastic of an experience as you would imagine it to be.

RATING OF GOAL:  5 of 5 stars (by all means, do it if you can because we need more great Pagan stores!)

3) I want to start a Pagan commune.

A commune requires real estate, which is usually a good financial investment. You are well-positioned to pursue this idea if you are:

Otherwise, I do not advise it. I have known and personally witnessed far more utter failures at this particular goal than the one or two successes I have seen. In addition to the considerable financial obstacles to such an undertaking, the additional factors of power plays, personality conflicts, and distribution of wealth and responsibility creates incredible stresses. Things to remember if you decide on this venture:

I am not saying it can’t work because it can and some shining stars knock this out of the ballpark. Check out The Farm, which has functioned as an intentional community since 1971 and accomplished amazing things despite their hardships. My only point is to caution that of all of these goals, this one seems to have the highest rate of failure at the greatest costs on all levels. For myself? I do not like nearly enough people well enough to give this a try.

RATING OF GOAL:  1 of 5 stars (great in theory, but is the destroyer of friendships and family/personal fortunes)

Of the four goals, I believe this one is explored on some level more than any of the other three and you need only to turn to Google to see what a “needle in a haystack” enterprise a Pagan school turns out to be.

I ran The Witchy School and The Bio-University and the amount of work required to proctor lessons, field questions, and guide students was extensive and not commiserate with tuition the market could bear. It is literally a full time job between marketing and curriculum development to retain students and keep content fresh. If you offer online classes, the financial outlay is minimal and the greatest investment will be your time, talent, and yes, your patience. Competition is fierce and you are buried in a mound of similar endeavors. If you choose a brick-and-mortar school, then additional expenses such as insurance, physical material, utilities, and room rental come into play.

The most common way this goal manifests is on a smaller scale through private, informal training of one’s own magical students. Arguably, the most successful school of magic is The Grey School of Wizardry led by Pagan pioneer Oberon Zell. Others successful schools do exist and are monetarily advantageous to the creators, however, most of these are the product of a prominent Pagan leader who has an existing body of work from which to draw legitimacy.

RATING OF GOAL:  2 of 5 stars  (achievable on a higher level, but Oh My Goddess with nearly super-human effort unless you are already a public persona)

Should Pagans pursue their dreams? Like any other people, the tragedy lies in never trying or allowing the world to tell you it can’t be done. It is also important to be informed about the challenges and rewards of your chosen goal. Don’t let your dream die around the campfire.