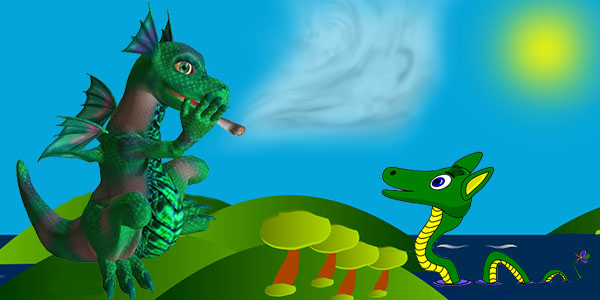 Regarding Puff: You Be the Judge 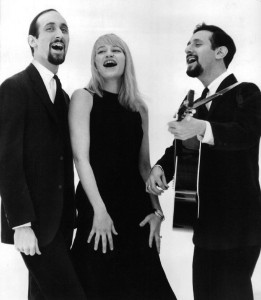 Those of us who are as old as dirt’s grandma and even a few who aren’t remember many happy moments spent around campfires singing Peter, Paul, and Mary songs.  “Too Much of Nothing,” “Blowin’ in the Wind,” “Leavin’ on a Jet Plane,” “500 Miles…” They were the voice of a generation and that generation was mine.

Arguably, the most popular Peter, Paul, and Mary song was “Puff the Magic Dragon,” which was a daily player on radio stations, as well as featured on a segment of “The Treasure House Artist,” my own favorite part of the Captain Kangaroo show.

From its release, rumors circulated that “Puff the Magic Dragon was about (I lower my voice conspiratorially here) the marijuana.

The definitive urban legend resource, snopes.com, is clear that we all (a generation of open-if-fuzzy-minded free spirits) completely have our heads up our asses for being so suspicious as to think this song is about (sssh) pot. Maybe we just wanted it to be about pot because that would be fun.

The writer, Leonard Lipton, who wrote the lyrics when he was 19 and then passed it on to his roommate, who wrote the music and tweaked the words, said this about the song:

“[Puff is about] loss of innocence, and having to face an adult world.  It’s surely not about drugs.  I can tell you that at Cornell in 1959, no one smoked grass.  I find the fact that people interpret it as a drug song annoying.  It would be insidious to propagandize about drugs in a song for little kids.”

Lipton’s roommate and co-writer was Peter Yarrow, who was 1/3 of Peter, Paul and Mary (the Peter part, obviously) of he says:

“As the principal writer of the song, I can assure you it’s a song about innocence lost. It’s easier to interpret ‘The Star-Spangled Banner’ as a drug song than ‘Puff, the Magic Dragon.’ This is just a funny rumor that was promulgated by Newsweek magazine. There is no basis for it. It’s inane at this point and really unfortunate, because even in Hong Kong it’s not played because of the allegation it’s about drugs.  But I assure you it’s not.”

Begging to differ, my own opinion is that only someone who is hopped up on weed can make “The Star Spangled Banner” about pot.

On the other hand, looking at the lyrics of “Puff the Magic Dragon” is like reading the biggest joke in the world about weed. Mary Travers, the Mary part of Peter, Paul & Mary, said:

And I believe that’s exactly what he did.  Noel Paul Stookey, the Paul part of Peter, Paul and Mary, could not be reached for comment because he was laughing his ass off and could not speak.

You can all but hear Jon Lovitz writing their official statements:

Let’s go through the lyrics a bit at a time and then you can be the judge.

Puff, the magic dragon, lived by the sea
And frolicked in the autumn mist in a land called Honalee.

Puff.  Obvious.   Dragon (“draggin” – an inhale from a joint is called a “hit” or a “drag”) and “lived by the sea”  To grow the best pot with the biggest, stickiest buds, Marijuana needs a balanced and reliable water supply…a whole sea of it. “Autumn mist” – thick smoke looks like the mists of autumn

Hanalei is the name of a city, a bay, a beach, a river, a valley and a lookout point in the Northern part of the island of Kauai, Hawaii.  Throughout the late 50’s and 60’s, some of the best weed, called “Hanalei Blue” came out of Hanalei. Mind you none of this weed was ever smoked at Cornell university. The pot grown in Hanalei was so popular that there is still a glass pipe manufactured called “Hanalei Blue” in honor of the strain of pot.  Hanalei Blue was rivaled only by the still popular “Maui Wowie.”

These days, very little cannabis is brought to the continental United States shores from Hawaii because, being a small island, the location is easily canvassed by DEA agent looking for plants.  The greatest success has been with helicopters using infrared lights.  Most pot cultivated in Hawaii is now grown indoor via hydroponics….

As most people and anyone who purchased a Cheech and Chong album in the 70’s know, joints are rolled with thin rolling paper.  Before ZigZag (a popular brand of papers) was produced with self-sealing adhesive, joints were tied off using small strings or tiny bits of wax.

Together they would travel on boat with billowed sail

Billowed sails also look like a plume of rising smoke.

A reference to the paranoia some people when they are writing about smoking pot? Or actually smoking pot?

Noble kings and princes would bow whene’er they came

This addresses the cross-class appeal of weed.  Look at Prince Harry and tell me he doesn’t.

There is a bit of “honor among thieves” that historically allowed passage of ships that are importing cannabis.

A dragon lives forever, but not so little boys
Painted wings and giants’ rings make way for other toys.

There comes a time in most people’s lives when they have to stop getting loaded all the time and be a grown-up.  Smoke a joint and “painted wings and giants’ rings” can easily become a theme of conversation or so I’m told.

One grey night it happened, Jackie Paper came no more
And Puff that mighty dragon, he ceased his fearless roar.

His head was bent in sorrow, green scales fell like rain

Puff no longer went to play along the cherry lane.

The red fiery ash at the end of a joint is called the “cherry.”

Without his lifelong friend, Puff could not be brave
So, Puff that mighty dragon sadly slipped into his cave.

When you got no (Jackie) Paper, the weed goes forlornly back into the stash box.  *moment of silence*

Like hitting “play” on Pink Floyd’s “Dark Side of the Moon” CD at the very moment the MGM lion roars for the third time on the intro to “The Wizard of Oz” and noting the remarkable ways the album and the movie match up, could this be just another overthought coincidence or is it more likely that a couple of stoners wrote a fun song about getting loaded, even though they were at Cornell University and then denied it because radio stations refused to play a song about bud?

The world may never know.

Note: The author of this post knows nothing, absolutely nothing, about marijuana and is a 1959 graduate of Cornell University.

2 thoughts on “Regarding Puff: You Be the Judge”