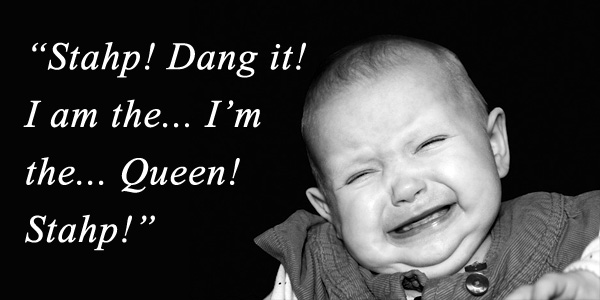 So this year I already did something I promised myself I would never do again and although it was likely for the best, I am not proud of it and hope to avoid it in the future. I totally checked out. I think the last time I did that was in 1992 and I had all the stress I could take. I made a series of very, very bad choices. My marriage ended. A rebound relationship that I thought would work out failed miserably. My job was ending and I had no way to support myself and my three wonderful sons. I was pregnant and felt horrible. I basically went into my room and closed the door and was a horrible, neglectful mother when my children needed me most. I got up like a robot and went to work every morning. The base where I worked was closing down and my office was the only one still open in the entire hospital wing. We had only four or five doctors still doing dictation, so between transcriptions, I would put my head down on the desk and sleep and cry and sleep some more.

My boss, a dear but unassuming lieutenant, would drift back to check on me every couple of weeks. My dictations came in by remote on a complicated old cassette system and I put the finished typed product in an inbox at the medical records department after everyone left for the day. It was not unusual for days to pass without me seeing another human in what had once been a bustling, full service hospital. One day, my lieutenant came in and said, “Were you just sleeping?”

“Of course not,” I laughed. Why would you think that?”

He looked confused and said, “Um…because ‘Dorlands’ is written backwards on your forehead.” The Dorland’s Medical Encyclopedia with its embossed title was, indeed, on my desk and served as my face pillow.

My young sons, who were ten, twelve, and fourteen, had to raise themselves for several months. I saw a therapist and he could not help me chemically because of my pregnancy and nothing he said could move me out of my numbing depression. I did not allow myself to think at all. I just did and then only did the bare minimum that I could and still exist. There was a lot of sobbing and sleeping and occasionally, ranting at people who did not deserve my wrath, like my little boys. I had no friends, no support system, no hope at all.

I did not come out of it until we drove away from that house in July of 1993. Delena was then eight months old. Joe was embittered because so much of the work defaulted to him. I managed to pick up a job at Edwards working for NASA on a top secret jet fighter project. That sounds like a fake story you’d give someone at a bar, but it is true. We lived in a hotel in Lancaster, California for almost two months while I tried to work all day and find house we could afford to rent in the cracks of my time. Ultimately, we couldn’t afford the house and that did not go well, but at least, we had a roof for the remainder of our time in California. I worked three jobs: the NASA job and ultimately back into medical transcription when that drew down, a job reading Tarot cards at a shop in Lancaster, and teaching childbirth classes. There was no rest and there was no hope I would pull through, but I was at least more engaged than I had been before we moved. Not a lot, but more.

It is the time in my life of which I am most grievously ashamed. There were no successes and I could not see any joys anywhere, although I am sure they were there. My children, even for all their current struggles, turned out better than they had any right to. Some are more wounded from that time than others.

Last Fall, my life took a turn I should have seen coming and yet, did not expect, and it unseated me. I tried several different angles to work on it. I sought the advice of some of those in my wide and wise network of friends and did a lot of praying and centering. I realized that my previous self-assessment that said I was actually doing OK and had found my sovereignty was, in fact, off target. I fell hard. I journaled here about it a few times, trying to let the catharsis of written word work its magic on me. I rebounded more than once, only to fall back harder again.

This year, the unthinkable happened. I got sick. Those who know me know I *never* get sick. I have always been in good health and it is rare that things like even common colds or flus get hold of me. I have been ill more this year than I have in the previous fifteen combined and the year is only half over.

This week was the penultimate of sick for me. I know it could be worse, but this was pretty bad and I am taking the hint. Talk about toxic from top to bottom. A tooth I was pretty sure my dentist cracked at my last cleaning began to ache horribly and I developed a very angry case of cystitis. I was a spectrum of pain from my head to my seat. I felt horribly ill on top of the pain. I could feel that a good bit of what I was saying made little sense. I did not sleep well.

I needed to go speak to a staffing agency about picking up some part time work and I have no idea how I made it through that ninety minute experience and I remember very little of it except them giving me the Janine From Ghostbusters assurance that someone with my extensive experience could easily find work in the food service or housekeeping industries. That is what happens when you are self-employed and run your own businesses for eighteen years after leaving a thriving workforce.

I then had a marathon lunch with a dear friend and I mostly remember what we discussed. From there, I went to visit with another friend and talked about employment options with her. As I did so, I realized how absolutely sick everyone was with my own perceived helplessness and my own resignation from the life force. Once again, I had given up. Once again, I checked out. Once again, I stopped caring or investing or trying and once again, I was only doing the bare minimum I could to get by. I was working my ass off, mind you. I never stop working. But I was not emotionally invested in even one thing I was doing. I was angry over how my life went despite all my hard work and so I retreated while leaving my body to keep working. There was no self care. There was no emotional engagement with anything at all. Once again, I was figuratively (although in 1992, it was literally) going into my room and closing the door and crying and sleeping.

Yesterday, I had a huge list of things I needed to do for the shop, but I let them all go. I wrote a column for Patheos in which I reseated myself in an effective method of problem solving and made sure to take my own advice. I slept. I read. I prayed. Yes, I cried a bit. I took a lot of Oil of Oregano and d-Mannos and cranberry supplements. I drank gallons of water. I used high concentrate oil of peppermint topically on the tooth, which will be fixed when we have medical and dental benefits again.

The toxins have now mostly left and the rest are cleansing away. The sick part is gone and I am now working with pain management. My head is clear and I feel wonderful and plugged in again. I am engaged enough to notice that my floors need to be mopped and my desk is suffering from piles and piles of *stuff*.

Today will be a busy day of getting things done, including more work on my beloved Aster of Avalon book. She definitely deserves the attention she is getting and I look forward to publishing book 3 of Seven Sisters of Avalon. I am grateful for a day of intentional effort instead of automated responses.