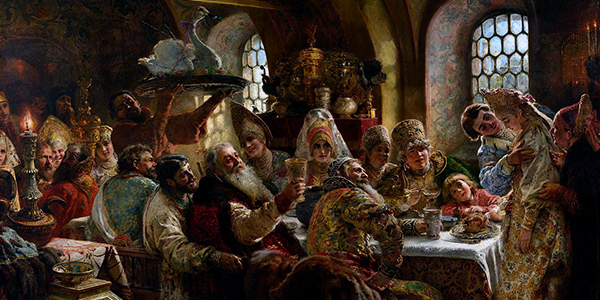 I had the delight this past weekend of attending yet another lecture by one of my favorite bloggers and authors, John Beckett. Every time I sit through one of his classes, I come away with some snippet that will find its way into my own teachings. This particular presentation was at the 2018 Pantheacon gathering in San Jose, California and his topic was alliances. I am paraphrasing and I hope that I capture his intention, if not his exact words. I mostly hope I catch his intention because my intention is to take it in a different direction than he did and I do not wish to misrepresent him here or anywhere. His message was:

Too many people expect a seat at the table when they bring little or nothing to the table.

The sense of entitlement in our Pagan community is incredible. I could blame a number of things for the inflated sense of self-worth that permeates our current Pagan culture and society in general. As a baby boomer, I could say that our generation promoted the idea of participation ribbons that made everyone a winner…even those who did not do the work that others did. I could say that just because you roll an impressive number on your character sheet does not mean that you are, in “real life,” a prominent mage. I could say that taking some community college classes on marketing and reading some books on Witchcraft does not make you elder in our community. Sadly, I could also say that desperately wanting to be an elder or leader in our Pagan community does not make you an elder or leader in our Pagan community. 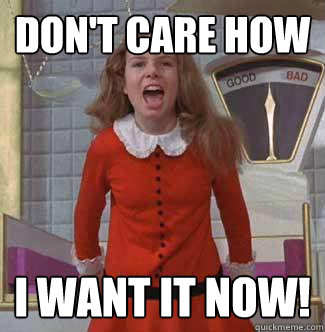 There is much I could say. Some I will and some I will not.

Our Elders and Leaders

Am I an elder or leader in the community? Some would say yes, based on the thirty-five years that I have worked in Craft and the thirty years or so that I have led circles, covens, and other magical working groups. Some would say yes because I wrote several books on Paganism. Some would say yes because I have actively worked in the Sacramento Pagan community since 1998, assisting with festivals and other huge public gatherings. Some would look at me compared to, say, Morning Glory Zell or Selena Fox or Phaedra Bonewits and say “No, she is just getting started.” The status of elder or leader is subjective.

What seems to be happening lately is that we have people with minimal time in grade, even if they have an impressive length of time in service, appearing on the scene expecting to revolutionize the Pagan community. Spending twenty years as a solitary practitioner and taking some marketing classes makes you a valuable asset to any Pagan community, but it does not make you a community leader.

Another consideration is that even the combination of time in grade and time in service does not guarantee the status of elder or community leader. It should… and it would… if people always conducted themselves with integrity, but often long-standing and prominent fixtures in our Pagan community are only begrudgingly and reluctantly considered leaders, if ever.

People such as this have time in grade and time in service, but their service record is dishonorable and everyone in the community knows it. Those who go into Pagan leadership for reasons of ego are quickly revealed as such, regardless of how involved they may be in the community.

So How Do You Get It Other Than to Demand It?

How does a leader earn respect and elderhood? Time in grade AND time in service coupled with an exemplary service record.

“But nobody’s perfect!” they cried. “Everyone makes mistakes!”

True words. The operative point to consider is that how a person responds when it is their turn to be confronted by their errors is just as telling as the fact that they made an error in the first place.

Of course, leaders are humans and make mistakes, but a true leader owns their mistakes and atones accordingly. They do not keep spinning and bending the story until they find a version that renders them blameless for whatever fallout is accumulating from their actions, then cling to it despite all evidence to the contrary. They do not cop to a shining splinter of accountability while ignoring the woodpile of evidence behind them (or to distract from it). In short, when it comes down to “Are you going to believe me or your lying eyes?” pay attention.

What They *Think* They Bring to the Table

Truly, few if none of the people I am discussing here believe there is anything wrong with what they do. Many will read this and say, “Man, I’m sure glad I don’t act like that.” I am not saying these people are monsters. I’m just saying they need to slow their roll.

Every year, new people elbow their way to the grown-up table, demanding to be important, to be heard, and to be recognized as community leaders. In a place and time where there is nothing new under the sun, they push forward with NEW and INNOVATIVE ideas that will be the SALVATION of a struggling community. They cleverly identify the problems and imagine themselves and their ideas to be the magic band-aid that will heal all the wounds, even when existing leaders know of the issues and are actively working to resolve them.

They do not take the time to watch, to learn, to listen.

When someone appears out of nowhere and pushes their agendas and groups into the community as if they are the second coming of Pagandom, far from ignoring them, pay attention.

When a person insists that they abhor drama but always seem to have drama around them everywhere they go, pay attention.

When divisiveness and conflicting stories follow a person throughout the community as they leave a trail of bodies, damaged businesses, and broken relationships in their wake, pay attention.

When someone comes to you with a long list of stories about people who did them wrong, pay attention. You will likely be their next story on that ever-growing list.

When someone comes onto the community scene and attempts to create discord among the existing Pagan leaders in the community or tries to undermine those leaders, pay attention.

The Sweetest Fruit, Let Me Tell Ya

To a Pagan leader, someone who shows up with apparent motivation, experience, and talent is a balm to the jagged nerves. It is exciting and relieving at the same time to have someone actually want to help because those folks are few and far between. It is intoxicating and the urge to use that resource to its fullest is tempting beyond reason. When you see someone excited and eager to help, the inclination is to allow them to do so at any availability.

Unfortunately, this sometimes leaves the Pagan leader vulnerable if they give away too much power too soon. Pay attention.

So What Can We Do?

Pay attention and carry on until the person in question establishes time in grade, time in service, and an exemplary service record. Seriously, there is no rush. Use discernment. Give the newbies the time and the honor to create their legacy before deciding they are leaders. Time is the ally in this situation, not the enemy.

If YOU are the one frothing at the mouth for your seat at the table, relax. Chill. We still love you. The community needs competent, motivated, and eager participants just as much as it needs competent, experienced, and vetted leaders. You are the next generation and the life’s blood that will keep the community growing, improving, and developing. Find comfort in that until it is your turn at the table. Invest the time and hard work and the community will embrace you warmly. You will be at that grown-up table in no time.

Psst, besides, the kids’ table gets the best desserts.

PHOTOS FROM THE PUBLIC DOMAIN

Not Local? Order Her Services Online